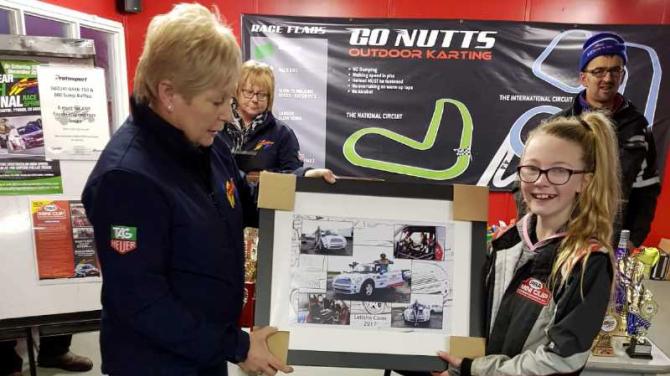 THREE young rally drivers are starting to make a name for themselves in the ultra competitive world of rallying.

James Wilson and Jason Black have both been announced as finalists in Motorsport Ireland’s Billy Coleman Young Rally Driver of the Year award while 13 year-old Letisha Conn has made the switch from karting to rallying.

Letisha, who attends Markethill High School has been racing her Mini Cup car for just over a year after she decided to switch from karting while leading the Kadet Championship.

It’s been a remarkable year for Letisha who is the youngest driver in the class and is racing against men with more years rallying experience than she has years living.

And James Wilson was the 2018 Valvoline Motorsport Ireland National Forest Junior Rally Champion and secured a podium finish in the Junior British Rally Championship on the Ypres Rally in Belgium.

Past winners of the Billy Coleman Award have gone on to compete at the highest level both at home and internationally, with drivers winning international championships as well as flying the flag at European and World Rally Championship level. Included on this honour roll are the first ever driver from the Republic of Ireland to secure a WRC works seat, Craig Breen, record breaking four-time British Rally champion Keith Cronin, and the current award holder Callum Devine, who came fourth in his first attempt at the Junior World Rally Championship this season.

The overall winner of the 2018 award will be announced at the Beta Irish Motorsport Awards ceremony which will take place on Tuesday, December 4th in The Round Room at The Mansion House, Dublin. The Billy Coleman Young Rally Driver of the Year award is presented annually and is supported by Sport Ireland, Motorsport Ireland and its affiliated clubs.