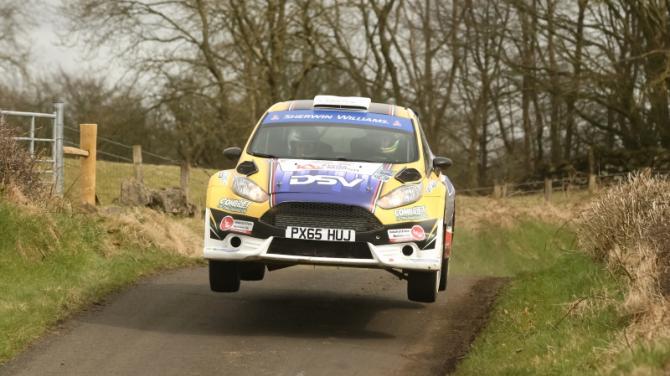 They will be joined by the current leaders of the cross-border series, Josh Moffett and team-mate Andy Hayes.

Entries closed last week and organisers have confirmed that local driver Desi Henry as well as Jonathan Greer, Robert Barrable and Daniel Cronin are amongst the other leading names who will be vying to lift the Jim Kennedy Memorial Trophy over the weekend of June 15th-17th.

Clerk of the Course, Eamon McGee, says the three-day competition will return to well-known special stages once again in 2018.

“Crews demand the classic stages such as Fanad, Knockalla, Gartan, High Glen and Atlantic Drive, so obviously they are in our plans plus a few stages that haven’t been used in a few years,” he revealed.

“On the Friday crews will tackle six stages in the Letterkenny/Ballybofey area.

“Saturday will take the crews north and east of Letterkenny where they will complete eight stages followed by six classic stages on Sunday that are north of Milford.

“Those are the general areas the rally will cover. They always provide a stern test and usually throw up a sting in the tail for crews,” added McGee.

Interest surrounding the Donegal Rally is always high but it is expected to be much greater this time around given how the Irish Tarmac Championship title battle is playing out.

After winning the opening two rounds of the series at the wheel of his Ford Fiesta R5, Josh Moffett’s lead was trimmed to just a single point last time out at the Rally of the Lakes in Killarney.

He was hampered throughout the event with brake problems and finished in fifth position.

That gave Robert Barrable a clear run to secure his first victory in the R5 class with Damian Connolly.