Newtownhamilton issues up for discussion at ‘productive’ public meeting 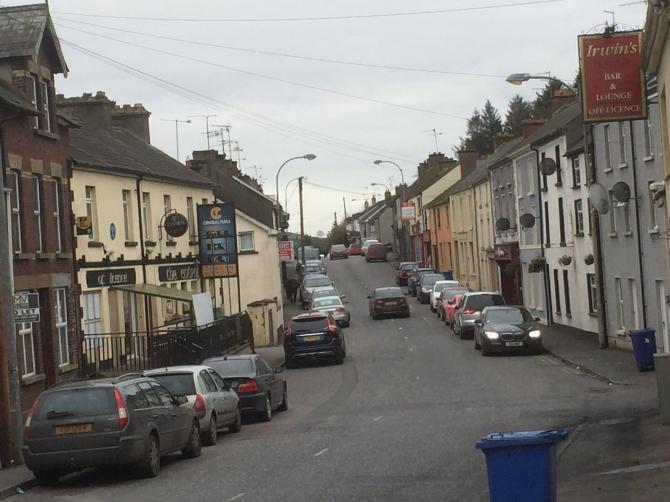 A  PUBLIC meeting to discuss ongoing concerns over  community issues in Newtownhamilton has been described as “very productive”.
The event, held recently in the Newtownhamilton Community Centre, was organised by residents as a platform to voice various concerns, including a lack of street parking availability in the village.
In recent months the area’s population has increased, and it is understood that has created problems for some residents.
In August Councillor Barra Ó Muiri urged local authorities and the PSNI to take action on issues of criminality, anti-social behaviour and a lack of provision of public services and parking facilities in Newtownhamilton. He explained that this recent public meeting was a step forward in tackling in these issues.
“There have been instances were residents can’t get parked outside of their homes,” said Mr Ó Muirí. “This is such a small village, and with all of these extra people , some people feel that it can feel a bit ‘claustrlophobic’.”
He added that some people had raised concerns that “overcrowding” in properties may be a problem in the village, and those concerns had been relayed to the relevant authorites.
“There are longer-term issues as well,” the councillor continued. “There were other queries raised at the meeting and while good progress has been on some issues, there are still other ones to be addressed.”
Councillor Ó Muirí has long advocated for improvements to Newtownhamilton and in July he welcomed the completion of an extensive public consultation exercise as part of the ongoing implementation of the village plan, which aims to improve infrastructure, public services, lessen traffic congestion as well as enhance amenties.
Speaking at the time, he stressed the area had been subject to “marked under investment”. “Like other villages it has a turbulent past due to the Troubles. With the Village Plan the aim is to improve economic investment, to put Newtownhamilton front and centre,” he said.
Addressing the more short-term issues, the councillor revealed that there are plans underway to have a follow-up meeting, with various agencies such as the PSNI, environmental services amd Transport NI to be invited.
“The recent meeting was productive, and it was led by the residents,” he added.