Armagh is one of the safest places in NI 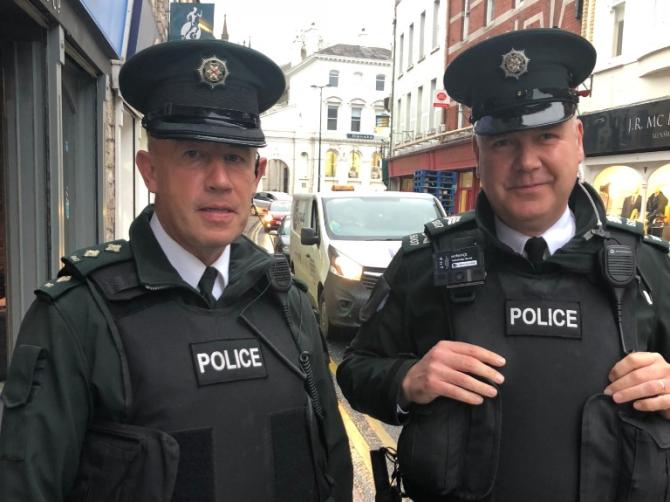 ARMAGH  is one of the safest places to live in Northern Ireland.
That’s the view of senior Armagh policeman, Kieran Quinn, who said his officers are determined to crack down on anti-social behaviour across the city.
“Tackling anti-social behaviour is one of our main priorities,” said Inspector Quinn. “But people should not lose sight of the fact that Armagh is one of the safest places in the country to live, work and socialise.
“There have been a few hotspots for anti-social behaviour in recent months, such as the Mall and at Sherry’s Field but we have been working hard to tackle those problem areas.
“Officers are on the beat providing assurance to the community and keeping the community safe. We have a zero tolerance approach to drinking in public places and we will be removing alcohol from anyone we find drinking in the street.
“We have also been engaging with the council, PCSP and business community in order to keep on top of the problem. But again I want to stress Armagh is a safe place, we have been having good success in reducing incidents of anti-social behaviour.
“In the city there has been a reduction of approximately 30 percent but I acknowledge that our statistics are not completely accurate as some instances of ASB go unreported. “Again I would encourage the public to report all instances of anti-social behaviour as we can use this intelligence to build up a picture of different hotspots in the city and then target them with resources.
“We want to build on the good community engagement we have been receiving and build upon that trust so we can keep vulnerable members of our community safe.”
Deputy Lord Mayor, Sam Nicholson said the message that Armagh is one of the safest places to live, work and socilaise is an important one to underline.
“Yes there have been times when anti-social behaviour has been an issue in Armagh but no worse than any other town or city,” said Mr Nicholson.
“That’s not to say we should be prepared to accept a certain level of anti-social behaviour. We certainly should not and I would encourage police not to let slip the gains they have made in tackling this issue.
“I would also remind the public to keep reporting anti-social behaviour, it lets senior officers build a picture of what’s happening in the city and in these times of reduced budgets having that intelligence will let the police deploy resources in the most efficient manner.”