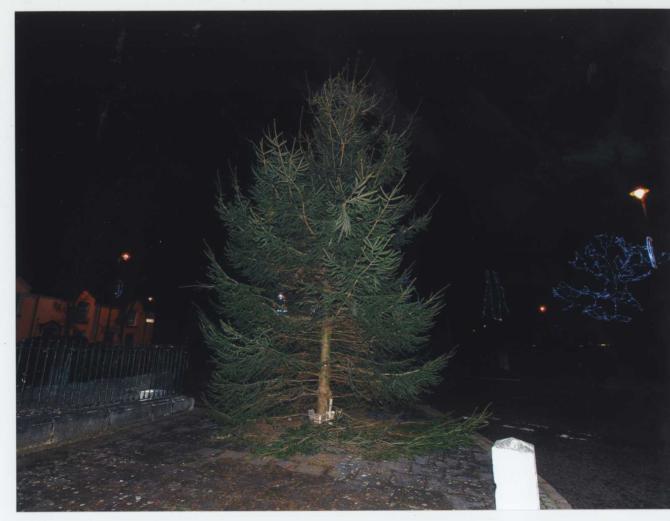 The damaged tree in Bessbrook

A   delegation from Bessbrook Community Resident’s Association was set to plead the case for a new Christmas tree at Monday night’s meeting of Newry, Mourne & Down District Council.
Officials from the council were forced to remove the Christmas tree due to safety concerns following vandalism last Thursday, when just hours before the village's lights switch-on, it was discovered the tree's lights had been destroyed.
The switch-on celebrations went ahead, however, but when the extent of the damage to the tree truck was discovered the following day, council had no option but to remove it, says Council Chairperson, Sinn Féin Councillor Roisin Mulgrew.
Describing it as a "wanton act of destruction", Councillor Mulgrew stressed the festive tree had also been targeted in previous years. "The village Christmas Tree had all its lights broken and has been sawn practically the full way through. This is not the first time this has happened, as over the past years the tree has been the focus of deliberate attacks.
"The council has had to remove the vandalised tree due to safety concerns. There is a strong possibility that it might not be replaced as many local people feel that those engaged in this wanton act of destruction, will attack it again."
Councillor Mulgrew continued; "I share the anger and frustration of all right-minded people at this deliberate attack on a community trying to bring a festive flavour to their village. There is nothing funny about this criminal act of damage and hopefully those who carried it out will be identified and face the full rigorous of the law."
The Chairperson's comments were echoed by UUP councillor, David Taylor, who described those responsible as "mindless idiots". "I am extremely angry that some individuals took it upon themselves to vandalise the Christmas Tree placed in Bessbrook," he said.
"The local community in Bessbrook is understandably extremely disappointed and outraged that this act of vandalism has occurred. I am saddened that any individuals would carry out such an action, in an attempt to dampen community spirits during the Christmas period.  I would appeal to anyone with information on the vandalism that occurred to report it to police at the earliest opportunity." 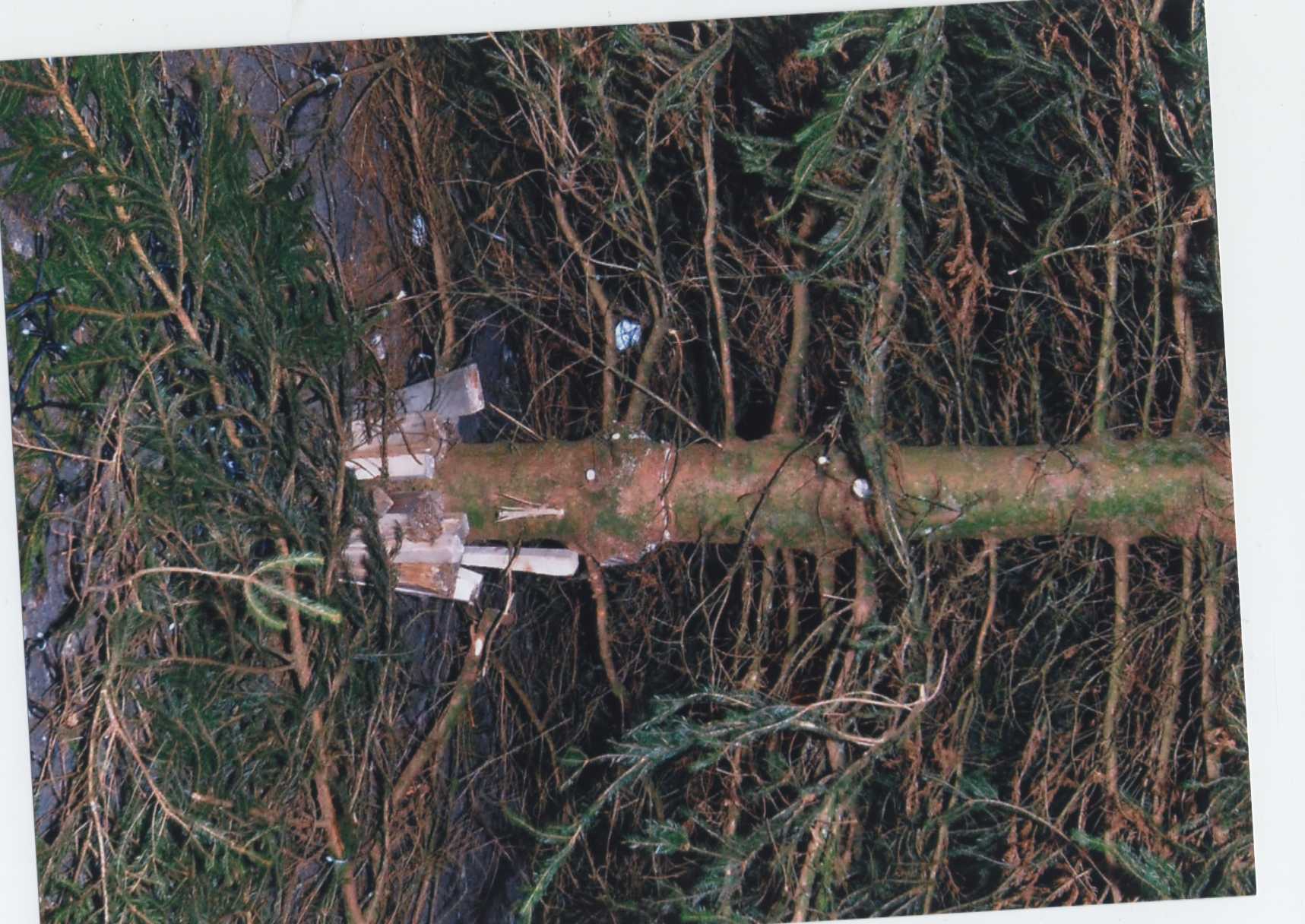 Rachael McComb, from the Resident's Association condemned Thursday’s vandalism.
Although an electrician was called out, only some of the lights were able to be rescued, as Ms McComb explained.
“We were getting ready, we had Santa coming to turn on the lights and it was brought to our attention that the lights had physically just been pulled off the tree,”she said.
“This was an hour before Santa was due to turn on the lights. Obviously there is a lot of time and effort and money goes towards putting these things on in the village.
“And some person, or people have come along and literally within a matter of minutes they have ruined it.
“This was a joint venture with Bessbrook Development Company, and they were looking after the lights side of the event.
“They managed to get an electrician out and we managed to turn part of the lights on, but unfortunately we weren't able to turn the lights on for the actual Christmas tree.
“All the members of our committee condemn this.”