Let's keep a lid on it 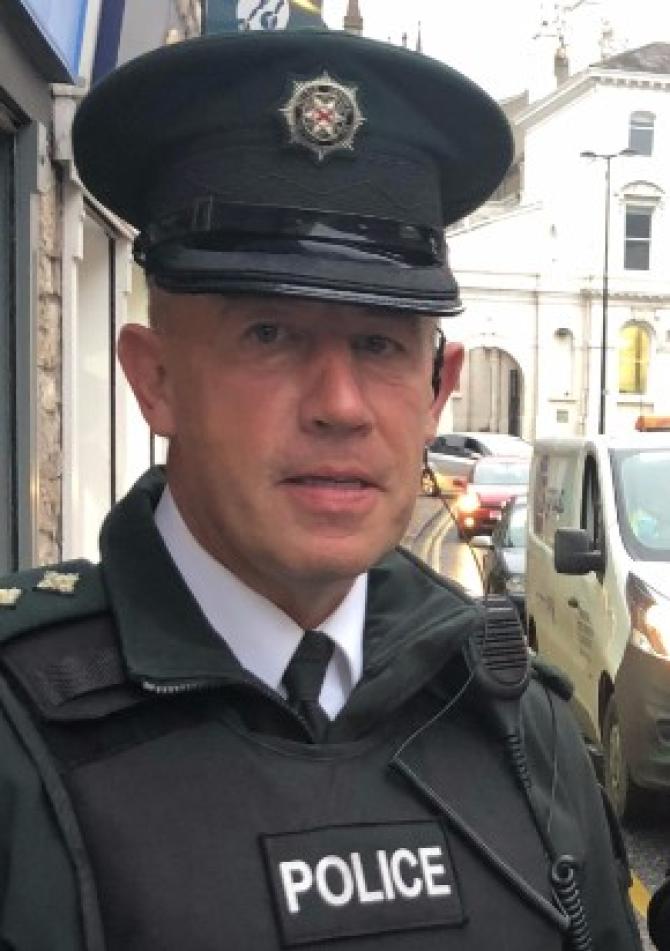 A meeting has taken place aimed at keeping a lid on anti-social behaviour and criminal activity in Armagh City Centre.
The meeting between members of Armagh City Centre Management, the PSNI, the PCSP,  the Simon Community and local councillors took place last Wednesday evening in the Market Place Theatre – it is hoped this was the first of a series of such meetings.
Those attending the meeting heard how crime in Armagh City centre is reducing, the initiatives police are working on to keep on top of the problems of anti-social behaviour and shop-lifting and how businesses in the city centre can communicate better between themselves.
Police gave a review of the latest crime statistics for the city centre over a 12 month period (April to March) with 90 incidents being recorded in the Linenhall Street area of the city. This figure was by far the most out of all the streets in the city centre footprint – Thomas Street was next on the list with 55 incidents being reported to police in the last 12 months and then Dobbin Street with 46 incidents.
Concerns were raised that a large number of the incidents in Linenhall Street involved some residents of the Simon Community Hostel. CCM members expressed fears that individuals with criminal connections from elsewhere were being housed in the hostel and then integrating themselves in the Armagh community where they would often associate with local criminal elements.
The allegation was put to the Simon Community’s Director of Homeless Services, Kevin Bailey that the charity was becoming more like a business concerned only with filling beds. He was also asked how many residents of the hostel are currently on bail.
Mr Bailey rejected this allegation saying the charity had strict policies on how people are admitted to its various hostels. He said when someone contacts the Simon Community they do so at a central access point and from here they are directed to suitable accomodation. This only happens after their needs and risks are assessed.
He also reported that when residents are granted a bed it is on a 28-day cycle – their needs and risks are again assessed before the next 28 days will be granted.
In relation to those who are currently on bail he said the hostel has 29 clients and out of that number four are on bail. He said that someone on bail can be at risk of homelessness.
Constable Ian Bathard said police and the hostel have developed a good working relationship. He reported that officers could be tasked to the hostel around 20 times per month but Constable Bathard was pleased to report that this figure fell to just four visits last month. He also reported that a new Three-Strike policy was proving successful in helping some hostel residents address their behaviour. The Three-Strike policy sees residents lose their place at the hostel if they have been proven to be involved in three incidents – Constable Bathard also reminded those present at the meeting to continue to report crime in order for the Three Strike policy to be enforced.
Traders acknowledged that not all of the city centre’s problems in relation to anti-social behaviour and crime could be attributed to some of the hostel residents. Those present stressed that the hostel was not to be blamed for everything and certainly all the residents should not be ‘tarred with the one brush’
Inspector Kieran Quinn spoke about other issues which are areas of concern for the city centre such as organised crime and pickpockets operating.
“These are issues we are looking at but it must be said that they are no different to other towns and cities,” said Mr Quinn.
“Again I would stress that crime is down in Armagh at present and the city is one of the safest places to live and work in Northern Ireland.”
Councillor Sam Nicholson, who is also a member of City Centre Management welcomed the meeting and vowed to continue to work with police and the PCSP on matters relating to the city centre.
“This was a good first step to engage with our business community,” said Mr Nicholson.
“No doubt there is a fear of crime in this community however from the statistics provided by the police and from listening to comments from business people at the meeting it is clear that the situation is improving. However it is also clear that the Linenhall Street area is a hotspot and needs to be monitored closely.
As a councillor and member of CCM we want to create a city that is welcoming, safe and prosperous for those who live, work and socialise in Armagh.”
City Centre Management Chairman, Paul Slevin thanked everyone for attending the meeting and indicated that it would be beneficial for meetings like this one to take place on a regular basis so those with a vested interest in the city centre could work together to keep it safe and welcoming for everyone who visits Armagh.