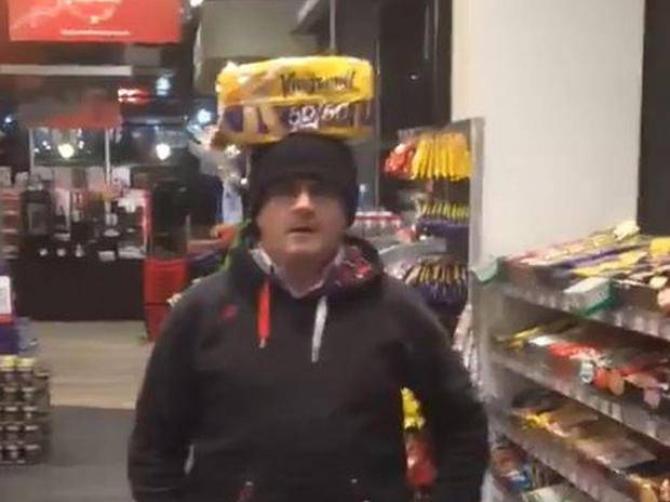 McElduff hands in his resignation after outrage

THE families of the victims of the Kingsmills Massacre have welcomed the resignation of West Tyrone MP, Barry McElduff.

Mr McElduff sparked outrage when he posted a video on Twitter of himself with a Kingsmill loaf on his head on the 42nd anniversary of the atrocity. On January 5, 1976 10 Protestant workmen were lined up outside their work minibus and brutally murdered by the IRA.

Mr McElduff’s video caused huge hurt and offence to the victims’ families who believed the Sinn Fein man was mocking the deaths of their loved ones.

Last week Sinn Fein announced they were suspending Mr McElduff on full pay which further angered the families who believed he should have been sacked. Now, after mounting pressure on the party, the West Tyrone MP has tendered his resignation.

Barry McElduff said: “It is with great sadness that, after more than 30 years as an active Sinn Féin member and public representative I am tendering my resignation as MP for West Tyrone.

“The reason I am doing so is because of the consequences of the Twitter video which has caused such controversy over the last week.

“But the deep and unnecessary hurt this video caused the families of the victims of Kingsmills is my greatest regret.

“I again offer my profound apology to those families and to the wider victims community.

“Kingsmills was wrong, unjustifiable and sectarian. It should never have happened.

“There was no intended reference to Kingsmills in my tweet. But I do accept that there are many people who do not believe this to be the case. I accept also that this view of what happened is deeply damaging to the reconciliation process that is so important to consolidating the peace process and to healing the pain and hurt of the past.

“I cannot undo the pain caused but I know that my continuing role as MP for West Tyrone will compound that sense of hurt and impede any reconciliation process.

“Reconciliation is essential, but that message is not being heard at this time.

“I do not wish to be a barrier to reconciliation and healing and in that spirit I again offer my sincere apologies to the survivor and families of those murdered at Kingsmills.”

Meanwhile Bea Worton, mother of Kenneth Worton who was murdered at Kingsmills said: "McElduff resigning is the news we wanted to hear. We felt very let down by the suspension as this wasn't a punishment at all. But as time went on the pressure on Sinn Fein from all over the world meant that it was impossible for him to remain as an MP.”

May  Quinn - sister of the bus driver Robert Walker who was murdered at Kingsmills said: "McElduff's conscience has finally caught up with him.

"Since the video appeared on the anniversary it has been in my thoughts every day and I would not have been happy at all for him to continue in office. How could he remain an MP after doing what he did - it was the lowest of the low."

She said his remarks appeared to be genuine and while she was surprised by them she also welcomed his comments.

Victims campaigner, William Frazer believes Mr McElduff’s resignation only came as Sinn Fein were ‘coming close to having to condemn what happened on the road at Kingsmills that night in 1976.”

“I welcome the resignation, good riddance to him – this should have happened before now.

“I would also say that John O’Dowds comments last week are welcome, this is the direction we want to see things moving.”

Mr Irwin said: “Following the release of the despicable video by the Sinn Fein MP, and the lenient sanctions imposed by his party, then Mr McElduff’s resignation was the only course of action possible given the indescribable anguish and hurt caused to the families of the victims of this horrific sectarian massacre.”

“Whilst welcoming this move by McElduff I would call on his party to tackle the sectarian undertones that pervade the party’s mindset. These need to be addressed and dealt with. Eulogising and glorifying terrorists who have committed some of the most heinous crimes must stop.

“A clear demonstration of this is to remove the McCreesh name from a children’s play park in Newry. Only when this happens will the minority Unionist community in Newry and Bessbrook believe that Sinn Fein are genuine in their belated shame for the IRA’s part in the Kingsmills atrocity.”

“This is long overdue as his position was completely untenable after his despicable actions in posting that tweet,” said the UUP’s Mr Nicholson.

“What Barry McElduff did was despicable and only served to add to the trauma the families of the Kingsmills victims feel on a daily basis. It is right that he has tendered his resignation and I certainly welcome it.”

Sinn Fein leader in Northern Ireland, Michelle O'Neill MLA said Mr McElduff had informed her of his decision to resign on Sunday evening.

“Barry is doing so as a consequence of the unintended hurt caused to the Kingsmill victims and their loved ones by his recent social media tweet,” said Mrs O’Neill.

“Barry recognises that this controversy and his continuing role in public office is compounding the distress to the victims of Kingsmill, and again offers his profound apology to those families and to the wider victim’s community.

“He has said that he does not want to be a barrier to reconciliation and I respect that decision.

“Barry has served Sinn Féin and been a formidable champion for the people of West Tyrone at local government, Assembly and Westminster level over the past 20 years and has done so with great commitment, energy and determination.

“For this I want to personally thank Barry and his family, Paula, Niamh, Blannid and Patrick.

“Over the coming weeks Sinn Féin will focus our full efforts on the restoration of the power-sharing institutions on the basis of equality, integrity and respect and fulfil the mandate we received from the electorate in two successive elections last year.”