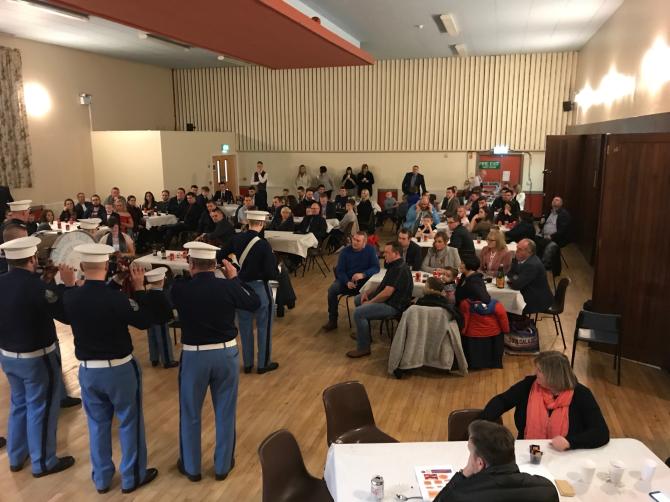 A GREAT night was had by all recently at the Drumderg sponsored Awards Dinner.

Current Drumderg band members and their families packed into Armagh Orange Hall, where they enjoyed an evening with celebrity host, Give My Head Peace star and presenter, Mr Dan Gordon.

Long service awards for commitment and dedication, as well as individual sponsored awards for each department, were presented to current Drumderg members for their effort and endeavour during the 2017 marching band season.

Dan Gordon presided over the awards ceremony and later thrilled the audience with great humour and comedy which was well received on the night.  Bessbrook True Blues Flute Band were also in attendance and played a fantastic blood and thunder set expertly led by their kid lead drummer, seven-year-old Callum Freeburn.

Drumderg would like to thank all their dinner sponsors, plus those who helped in any way to make their evening a memorable one.