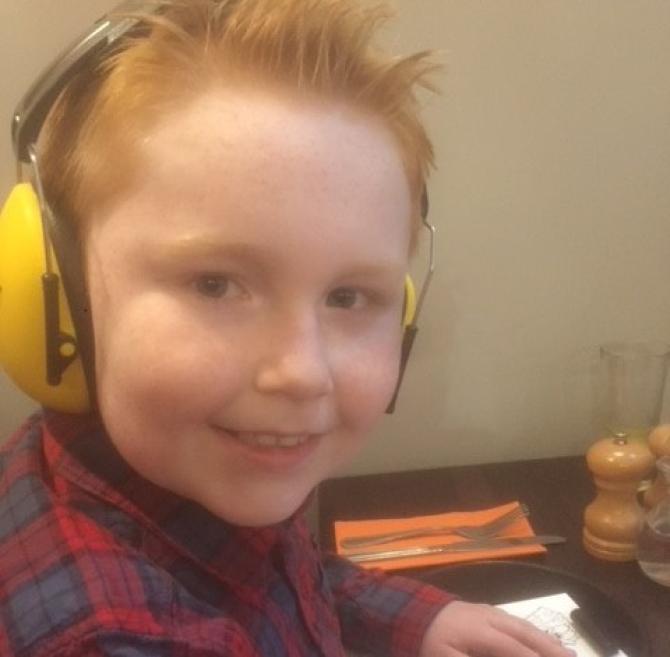 Portadown couple Leanne and Kyle Mcgaffin and their son Ellis, who are raising awareness ahead of World Encephalitis Day.

THE family of a 10-year-old Portadown boy are adding their support to a global campaign to make people aware of the devastating brain condition that almost claimed his life.

Ellis Mcgaffin is one of half a million adults and children who are affected by encephalitis – an inflammation of the brain –  each year.

Now his parents want to educate others about the little-known condition ahead of World Encephalitis Day, this Thursday, February 22.

“Ellis was two-years-old when he was rushed to A&E with what was believed to be meningitis,” explained mum Leanne.

“Thankfully, the quick-thinking of a junior doctor saved Ellis’ life as he suspected viral encephalitis and treated him for it.”
Ellis spent three weeks in the hospital battling infections and undergoing treatment to reduce the swelling of his brain, with a further month of home visits from community nurses.

But even then, his journey of recovery following encephalitis was only just beginning.

Leanne said: “I don’t think anyone could have prepared us for the road ahead and the implications the damage caused by the encephalitis has had on Ellis.

“He has been left with an acquired brain injury and, although he survived, he has struggles every day with muscle weakness, tiredness, headaches, heightened hearing, a lack of concentration and of safety awareness.”

She added: “It was a lonely road as we knew little about the illness and didn’t know anybody else who had come into contact with it.

“There is still a lack of awareness out there and education is definitely needed in how to cope with the life-long complications associated with this disease, which is why we are supporting World Encephalitis Day on Thursday, February 22.”

Led by The Encephalitis Society, the fifth annual World Encephalitis Day is asking people to wear something red to raise awareness of the condition.

The charity has also recruited members like Ellis and his family to take part in BrainWalk, their 2018 signature campaign, a virtual walk of 52 million steps around the world designed to raise global awareness of the condition, keep the brain and body healthy and reduce isolation and loneliness among those affected by the condition.

Dr Ava Easton, Chief Executive of the Encephalitis Society, said: “One person every minute will be struck down by encephalitis in 2018, irrespective of their age, gender or the country in which they live.

“This devastating condition has a high death rate while those who survive can be left with an acquired brain injury resulting in epilepsy, fatigue, cognitive difficulties, problems with memory and personality.

“And yet statistics reveal that eight out of 10 people do not know what encephalitis is – a truly startling figure which we are striving to improve through campaigns such as BrainWalk and World Encephalitis Day.”