What now for Stormont? 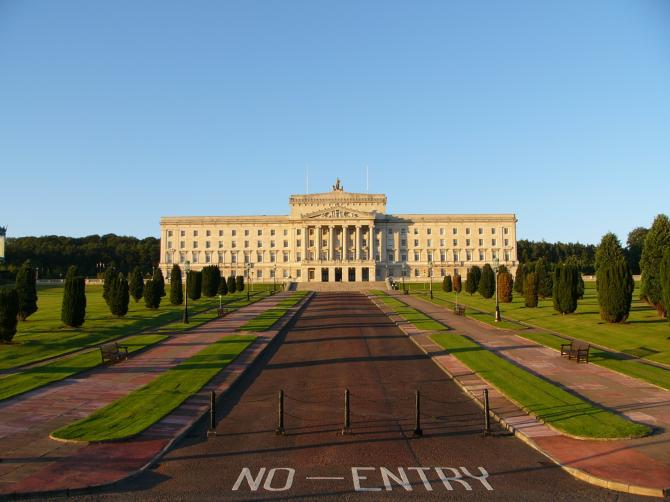 Stormont has been without a functioning Executive for over the past 400 days. Image courtesy of Robert Paul Young/Wikipedia.

AS the fallout from the collapse of power-sharing talks to restore the Executive continues to unfold, local MLAs have been giving their reaction to the latest setback in what has been over a year of stalemate.

With Sinn Féin and DUP engaging in accusations and counter-accusations, the political ‘blame game’, not surprisingly, has been recounted by the two biggest parties’ respective Newry and Armagh MLAs, with the former party’s Cathal Boylan insisting that a draft deal had been accepted by DUP leader, Arlene Foster and her negotiating team before they reneged – something that the DUP have denied.

“Sinn Féin engaged, we worked in good faith and we stretched ourselves. We had reached an accommodation with the leadership of the DUP. The DUP failed to close the deal. They have now collapsed this process, but it is clear that these issues are not going away,” said Mr Boylan.

“For the past 13 months Sinn Féin have worked to restore the institutions on the basis of respect, integrity and equality for all sections of society. Before entering into the latest round of talks in January, Michelle O’Neill said a short, sharp and focused negotiation was required to resolve the outstanding issues of rights and equality available everywhere else in the islands.”

However, the DUP’s William Irwin laid the responsibility for failure firmly at Sinn Féin’s door, specifically on their demand for a standalone Irish Language Act, citing that any resolution requires “fairness”.

“I have always made it clear that our party is committed to devolution as we believe it best serves the needs of the people. However, it has never been nor will it ever be, devolution at any cost,” he insisted.

“The DUP did not crash the Assembly and we have demonstrated our commitment to serious negotiations in an attempt to build a stable and sustainable basis for a return to devolution. That has sadly not been possible due to significant gaps remaining on a number of issues, not least the issue of Irish language.

“Our stance on Irish language is no surprise to anyone and the DUP has consistently opposed any standalone Irish Language Act. The insistence by Sinn Fein on a standalone act means we have reached this impasse. Any agreement must have the support of the community and it is very clear that a standalone Irish Language Act has no support within my community. That means any resolution must be fair and balanced in order for it to be sustainable and workable. We are clearly not at that point.”

Mr Irwin added: “Any deal reached must command the support of the whole community and we will not be held to ransom by those who have refused to form an Executive for over a year. Our community will not be bullied.”

For the remaining main parties, meanwhile, the lack of progress is indicative of the status quo, with Newry and Armagh SDLP MLA, Justin McNulty stating that there was a papable “sense of despair and anger” among the public.

“Our health service is in crisis, school leaders are crying out for vital resources, our road network is crumbling and there is a palpable anger in the community at the failure of the DUP and Sinn Féin to come to an agreement at Stormont,” he explained.

“The collapse of this latest round of talks poses a dangerous and difficult moment for the future of this part of Ireland. For 13 months the public have been without a government, without any change and without any power. Despite the interventions we have tried to make, the DUP and Sinn Féin have kept people here entirely in the dark.”

Declaring that it was now evident that the Sinn Féin and DUP “two-party negotiation has failed again”, he added that what was now required from both is transparency.

“The only way that the public can judge this process and judge who stretched themselves to find an agreement is for the full details of the alleged accommodation to be published,” insisted the SDLP member. “After 13 months of failure and blame, that is the least people deserve.

“After years of trying to bridge our deep historical differences we are now in danger of retreating from each other once more.

The immediate threat from the collapse of these negotiations is that power may be handed to a Tory/DUP Government. The SDLP is clear that this cannot be allowed to happen.

“The balance underpinning this place is that nationalism and unionism must work together. That’s a reality that some still fail to face. We need to get back to the spirit envisaged by the Good Friday Agreement, to ensure that both traditions on our island are accommodated and respected.

Meanwhile, Upper Bann UUP MLA Doug Beattie also underlined his party’s strong commitment to restoring devolution. “If you believe in devolution –  as the Ulster Unionist Party does - then you will be rightly exasperated in where we find ourselves now,” he said.

“All political parties and politicians have opinions and their role is to articulate those opinions. In a normal democracy they would have the opportunity to debate their arguments in a debating chamber and then cast a vote. The outcome of that vote then becomes the direction of travel. Unfortunately in Northern Ireland we have a political system which tolerates intransigence until demands have been agreed preventing democratic process.”

He continued: “For any political party to have the ability to hold a gun to the head of Northern Ireland and demand that their policy must be adhered to and if not they will veto democratic government is plainly wrong.

“If openness and transparency are to be seen as important virtues within our society then it must apply to political parties.”
Describing the abrupt end in the latest round of the talks process as “another shambles”, Mr Beattie stressed, however, that a postive outcome is still possible.

As focus turns to what happens now, Mr Boylan said Sinn Féin are engaging with the Irish and British governments, while Mr Irwin said it was time for Westminster to take charge and legislate for a budget.

“Our Party is of the view that the current round of talks has no prospect of leading to a resolution and to an Executive being formed.

“Therefore, it is important that Her Majesty’s Government moves now to ensure that our departments are resourced adequately and that decisions can be taken about Northern Ireland’s day-to-day infrastructure, such as hospitals, schools and roads. Obviously locally elected ministers would be best placed to take these key decisions but this is sadly not possible at this time.”