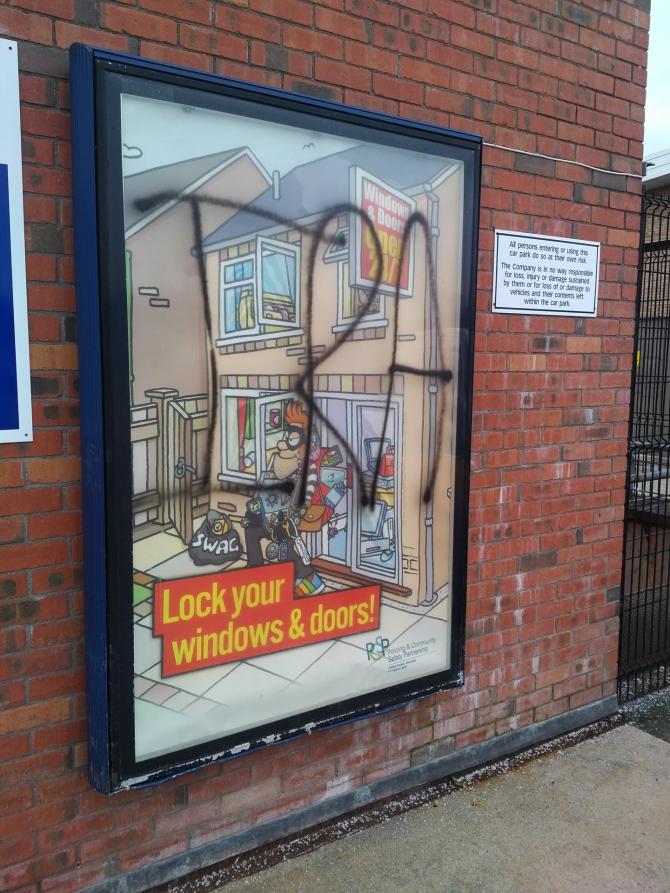 Councillor Sam Nicholson said: “The sectarian graffiti that says ‘ IRA ’which was painted on the wall in McCrum’s Court and the Mall West car park within the city centre is a complete disgrace.

"Last week our city celebrated the launch of the £6.3m investment in partnership with Heritage Lottery for the Armagh Townscape Heritage Scheme which will restore and enhance Armagh City’s built heritage and its surroundings, which is very welcome indeed. What is not welcome is this graffiti. It is appalling some people would still have such attitudes in the 21st Century,” said the Ulster Unionist councillor.

Mr Nicholson said he hoped the culprits can be found and brought to justice.

"Graffiti like this and the thugs behind it have no place in our society, everyone in our community, and should be respected and made to feel welcome within our city.

"I know the vast majority of people who live in this area and further afield will be disgusted by this sickening graffiti.

“The community here has strong bonds and together we need to remain vigilant and root out the sectarians amongst us.

"This area has a number of CCTV cameras so I hope someone will have picked up something. I would also urge anyone with information on those who put it there to give it to police immediately so they can be brought before the courts where hopefully they will feel the full force of the law.”