A true gentleman who will be warmly remembered 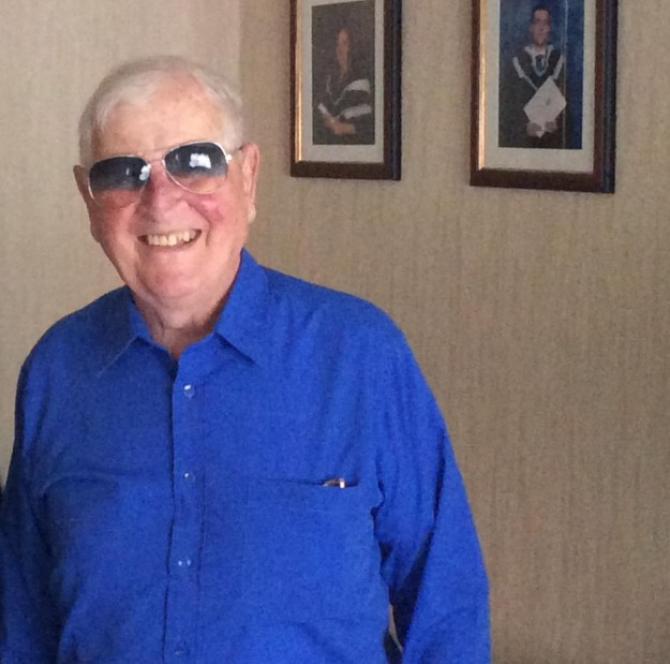 THE  rather unexpected death of sprightly Milford octogenarian Patsy Fields came as quite a shock to his family, friends and neighbours, writes Joe McManus.

Aged in 86th year he had been out and about as usual before being admitted to Craigavon Area Hospital where he passed away on February 12th.

Originally from Lislea, he had lived most of his long and meaningful life in Milford. His parents were the late Patrick (Paddy) and Margaret Fields, who resided at 46 Hill Street in the village.

He was predeceased by his brothers Seamus and Joe and sister Annie (Payne).

When Patsy married the love of his life, the former Miss Jean Campbell, from Emania Terrace, Armagh, the couple set up home at 16 Ann Street, Milford.

Despite being a widower for almost 30 years, Patsy’s love and affection for his dear wife never diminished in any way.
They were the perfect match, not least on the dance floor where their dancing skills were often commented on by patrons of the City Hall and Parochial Hall.

It is said that when the couple took the floor at the old Pearse Og GAC Social Club, they had it to themselves with others content to sit back and admire their style of movement and nifty footwork.

Patsy worked most of his life in Milford factory, the head of a specialised loom department and when the factory closed in the 1980’s, he took on a consultancy role; his services were widely sought by other firms in England and Republic of Ireland. He continued to work long into his retirement.

He was very thorough in everything he did; he was a perfectionist.

Patsy was cleanliness personified, always immaculately dressed, his thrift and appearance singling him out. He was seldom without a smile and his wonderful sense of humour was just one of his many attributes.

He was also very much fitness conscious and would have walked up to six and seven miles on any given day in keeping with his healthy lifestyle.

Indeed just a few days prior to being admitted to hospital he had walked into Armagh to collect his paper.

Whilst he could have been described as a somewhat private person, Patsy was noted for his kind and obliging nature. He was thoughtful neighbour and friend always willing to assist someone in need.

He enjoyed watching most sports on television but his main outdoor pursuit was fishing.He had fished many of Ireland’s famous waters including his own beloved Callan River.

He looked forward to his annual holiday in the West of Ireland driving down to Westport to be with friends.

A Joe Dolan lookalike in his younger day, Patsy just like the Mullingar superstar had a profound love for music, song and dance.

Two of his cousins Leo Nugent and Paddy Green, were members of Keady’s Majestic Showband, back in the 60’s.

He was fully committed to his Catholic upbringing and attended Mass regularly in St Malachy’s Church, Armagh and St Patrick’s Church, Loughgall where he helped to prepare the altar.

His funeral Mass was celebrated in St Malachy’s on Thursday, February 15 at 11am by Fr Peter Kerr who in his eulogy touched on many as aspects of a life well lived.

His sister Peggy (Farson) made the sad journey from Cheshire in England to attend. He is also survived by his brother Desmond in Scotland, brothers-in-law Eugene and Jim Campbell,nieces, nephews, family circle,friends and neighbours.

Interment followed in St Patrick’s Cemetery where he was laid to rest with his wife and parents.

Patsy will be sadly missed by many, not least his good Ann Street neighbours who thought the world of him. A gentleman who will be warmly remembered for the innumerable good turns he did.