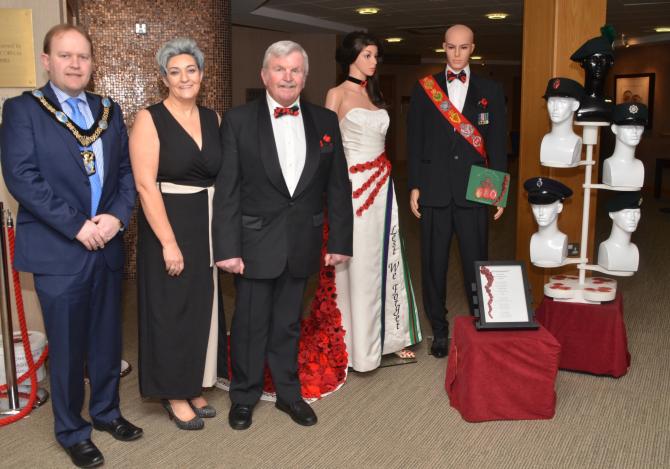 Lord Mayor Gareth Wilson, project manager Shirley Agnew and chairman Sam Wilson pictured at the unveiling of the Out of The Shadows Memorial Piece ‘Remembrance’ at Craigavon Civic Centre. KT180753

A SPECIAL United by Music concert hosted by Richhill based victims support group Out of the Shadows was held recently at Craigavon Civic Centre.

Among those atttending the event was Newry and Armagh DUP Assembly Member William Irwin, who said the performances by the Northern Ireland Military Wives Choir, Mr Peter Corry and also Piper Ian Burrows were fantastic and a “real treat” for the audience.

Mr Irwin thanked the organisers at Out of the Shadows for hosting the “impressive and very enjoyable concert”.

“Out of the Shadows do a tremendous work amongst people who have suffered as a result of the Troubles by providing much needed support meeting a range of needs.

“Their concert was so well attended and supported and was a real treat for everyone. It was great to see the Military Wives Choir performing and also the performance by Ian Burrows on the pipes which also told the story of the bravery of the Pipers of World War 1.

“The concert was a great success and I wish all the members and committee at Out of the Shadows well as they continue their important work,” he added.