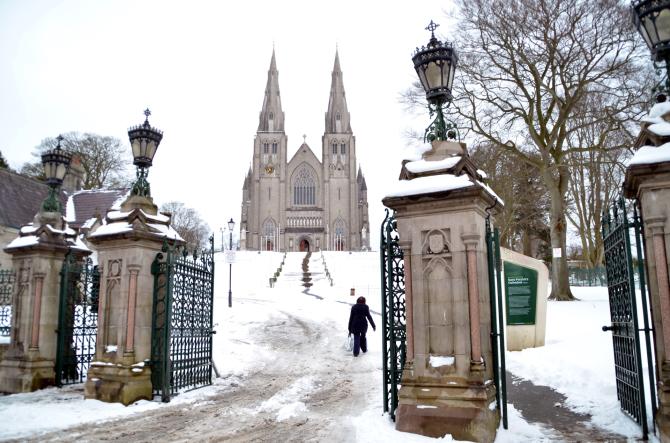 COMMUNITY  spirit thrived during last week’s unwelcome visit by the ‘Beast from the East’ as residents bandied together to clear pathways and roads across the wider Armagh area.

South Armagh in particularly was bady affected, but residents at one housing estate in Keady were determined to keep roads in and out of the area as clear as possible – an issue that was further compounded by the arrival of Storm Emma.

The efforts of Anvale Gardens residents were praised for shovelling snow in a Facebook post by Sinn Féin Councillor Darren McNally last Friday (March 2) as he keep local people updated on weather developments.

Elsewhere, SDLP Councillor Sharon Haughey-Grimley reported that staff at Loughran’s Quarry had offered assistance to local people by clearing the Friary Road in Clady. She also highlighted the efforts of residents of Annvale Green for coming together to clear a path for vehicles.

There were also reports of farmers using their tractors to clear roads as TransportNI focused its resources on gritting main arterial routes.

Grit piles were something of a lifeline for residents and local councillors’ calls for boxes to be replendished in residential areas, were broadly carried out – although this was hampered in places by the adverse road conditions.

As well as gritters making a number of visits to areas such as Keady, a large pile of grit salt was dropped off outside the business centre on the Annvale Road.