Armagh man running to raise money for the RNIB 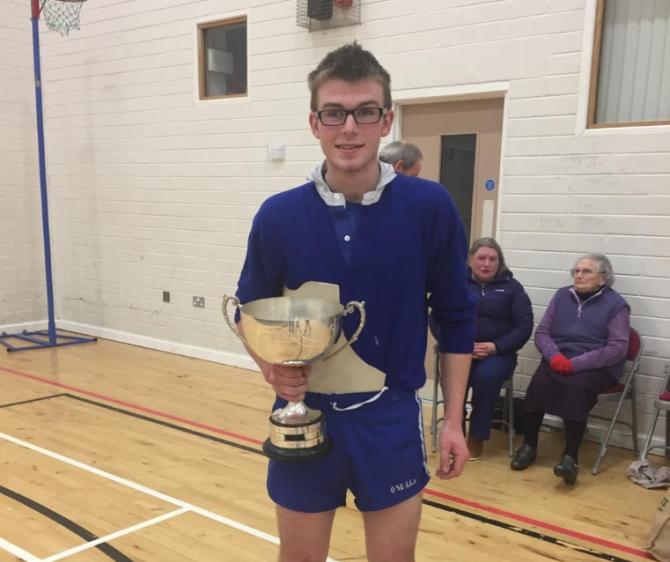 Matthew Compston is getting ready to run this year's London Marathon to raise money for the RNIB. SG1007.

MATTHEW  Compston from Retarnet Road, Co. Armagh is making his way over to London at the end of April with his proud parents Elizabeth and Sammy Compston and girlfriend Diane Watt to take part in the 2018 Virgin Money London Marathon.

Matthew will be running for his chosen charity, the Royal National Institute of the Blind (RNIB). This is a charity that is close to Matthew’s heart as when he was born, he was registered partially blind.

As a baby, he attended the Royal Victoria Hospital in Belfast and has been wearing glasses since he was 6 months old.

Matthew’s parents were told that because of his blindness, he would have to receive extra care and attention at school.

However, Matthew went on to amaze the medical staff at the hospital and with his eye sight improving, he went on to attend his local primary school and was a pupil at Markethill High School. After gaining his GCSE’s, Matthew is now studying a degree in Agriculture Technology at CAFRE Greenmount Campus.

In the past few years, alongside his father, Matthew has ran marathons in Dublin and twice in Belfast. One of his lifetime goals has been to run the London Marathon and on Sunday 22nd April, the 20-year-old will be fulfiling his dream by taking part.

Matthew is currently fundraising for RNIB and has already received a lot of support from family, friends and the local community.

“I would like to say a massive thank you to the principal, Mr Maxwell, the staff and pupils at Markethill High School for kindly holding a non-school uniform day,” Matthew said.

“They raised an incredible £750, so I’d like to pass on my thanks for the support.

“I’m holding a chicken and chips night on Saturday 24th March in the Bawn Inn (Hamiltonsbawn) with all proceeds going to the RNIB.

“Tickets can be bought from myself costing £10 each, which includes food, entry and a raffle on the night.

“I would greatly appreciate the support and everyone will be made very welcome.”

Matthew is also a member of Richhill’s Tug-of-War team and admits trying to dedicate his time to that and running has been difficult.

“When I was 14, I decided to run the Belfast Marathon and when the opportunity presented itself to run in London, I jumped at the chance,” Matthew added.

“Running is a hobby but you have to be fully committed to it.

“I have been pulling tug-of-war for Richhill recently in the British and Irish Championships, so I don’t have much free time.

“I’m back to running seven days a week, usually around 10 miles, but these last few weeks I’ll be runnng more milage.

“Slowly but surely I’ll get there and be ready for the event in April.”

Whilst looking forward to running the streets of London, the CAFRE student has set his sights on the Big Apple.

“Watching the London Marathon on TV and knowing I’ll be there this year is a surreal feeling,” Matthew continued.

“All the top runners in the world go there and it is considered one of the major four marathons in the world.

“It will be incredible running past all the famous sites, but the main goal is raising as much money as possible.

“In the future, I have my eyes set on running the New York Marathon, but I’ve got to worry about this one coming up.”

Anyone who would like to donate to Matthew’s cause can do so on his Virgin Money Giving Page: https://uk.virginmoneygiving.com/fundraiser-display/showROFundraiserPage?userUrl=MatthewCompston&pageUrl=1