Maison on the move 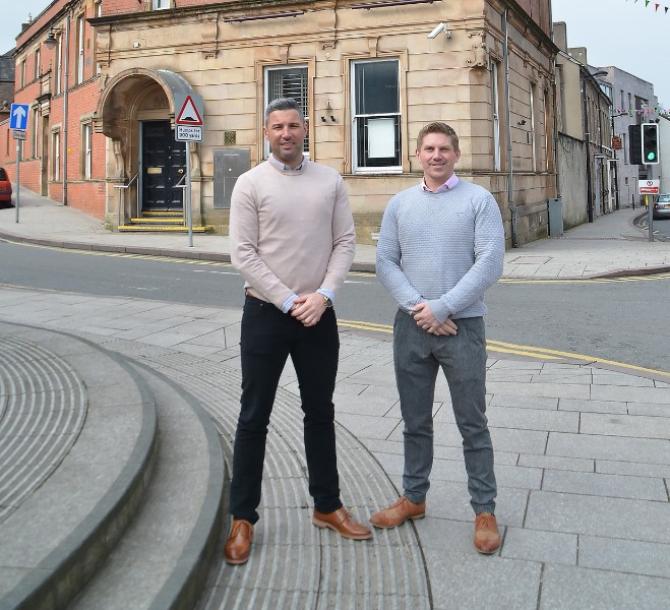 MAISON Real Estate NI has bought the former First Trust Bank building in Armagh in a move which is being heralded as vote of confidence in the area’s housing market and wider economy.

Jercia Ltd, the company which owns Maison Real Estate and headed up by Ciaran McCurgan and Jeremy Baird, believes the time is right for major investment in Armagh.

And their plan for the former bank building situated at English Street, will see it become a one-stop shop for all your housing needs.

“The plan is that we will have different businesses all under the one roof, including a solicitor, an architect and an accountant,” said Maison owner, Ciaran McCurgan.

“The local housing market is strong and properties which are priced sensibly are selling and the lenders are lending in a responsible way.

“Next week we will have four new developments being launched across the city which will be an additional 120 new properties for Armagh.

“Across the market the first-time buyer segment is strong and turnkey options are popular with customers. Another thing we are seeing is a lot of people returning to the Armagh area who left in the wake of the recession. People maybe left for places like Dubai and Australia but now they have confidence in returning home.

“And for those people who bought during the recession they now have equity in their properties which is enabling them to move on to bigger homes, which in turn strengthens the stock for first-time buyers.”

Ciaran believes the time is right for Maison to be on the move and he also hinted at a further expansion next month. “The businesses which will operate under the one roof are independent but they will all drive footfall to each other, we are confident in the market locally and we are confident this is a good move for us.

“It is exciting times for Maison but we also know there is a lot of work to be done. The new building will also give us the capacity to host fuctions such as events for first time buyers or for those wanting to invest overseas.

“Maison has been open for four years this Wednesday so it is exciting to be not only involved with the four new developments but also to be moving to much larger premises.”