Swifts fan Barrie was 'life and soul of every game'

Tributes to father-of-three killed in collision 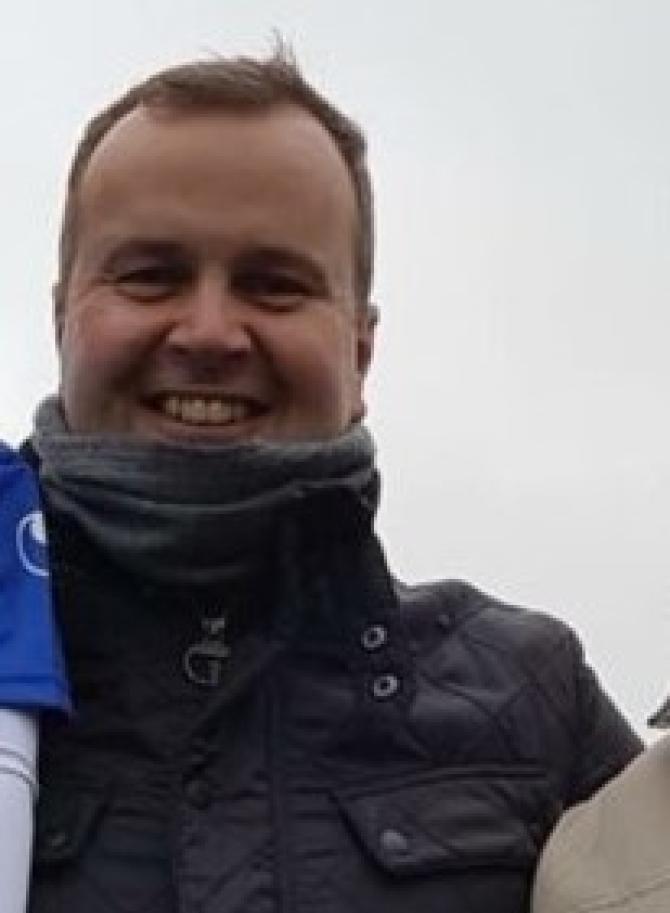 HEARTFELT tributes have been paid to a father-of-three who tragically died in a motorbike collision in Loughgall last week.
Barrie Meneely (44), from Lurgan, was killed in one-vehicle collision which took place at the junction of the Lissheffield Road and Red Lion Road last Friday (March 9) morning.

A devoted fan of Dungannon Swifts, the football club paid an emotional tribute to Barrie, describing him as a supporter who was the “life and soul of every game”. A photograph of Mr Meneely accompanied a statement which was posted on the club’s Facebook page, which read; “Just a couple of weeks ago this smiling chap was absolutely over the moon as his wee club Dungannon Swifts had only gone and won their first major senior trophy after many years of following the club.

“Barrie Meneely was the life and soul of every game as a supporter of DSFC. He enjoyed the ‘banter’ with home and away fans and many people will recognise him even if they didn’t know him. His young son, Alfie, led the Swifts team out on the pitch as mascot at the Bet McLean League Cup Final v Ballymena. This was an extremely proud moment for Barrie and his wife Emma watching their wee man beaming with pride.”

The club continued; “Barrie was a proud and delighted Swifts fan that day, with his beloved club winning their first major trophy and also Alfie being a mascot brought him even more joy. Our thoughts and prayers are with his family and friends, especially to his wife Emma and three children, Alex, Charlotte and Alfie and to his father Johnny who attended all Swifts games with him, his mother Noeleen and sister Toni.”

Condolences were also expressed by Newry and Armagh MLA, William Irwin, who offered his deepest sympathies to Mr Meneely’s family. “I was shocked to learn of this terrible news and it is such an awful tragedy to hear that another person has lost their life on our roads,” he said. “I want to express my deepest sympathy to the family of the deceased gentleman and I trust they will know the comfort and support of friends and family in the days ahead.”

Sergeant Nick Browne of the PSNI, meanwhile, has appealed for motorists in the area at the time of the collision to contact police in Lurgan. “The collision, involving a motor cycle, occurred at around 10:25am at the junction of the Lissheffield Road and Red Lion Road in Loughgall,” he said. “I am appealing to anyone was travelling on the Lissheffield Road at its junction with Red Lion Road around this time, or drivers who have a dash cam fitted to their vehicle to check their footage, to contact police in Lurgan on the non emergency number 101, quoting reference number 365 of 09/03/18.”

Mr Meneely is survived by his wife Emma, children Alex, Charlotte and Alfie, sister Toni and parents, Johnny and Noeleen.