When the pothole misery end for motorists? 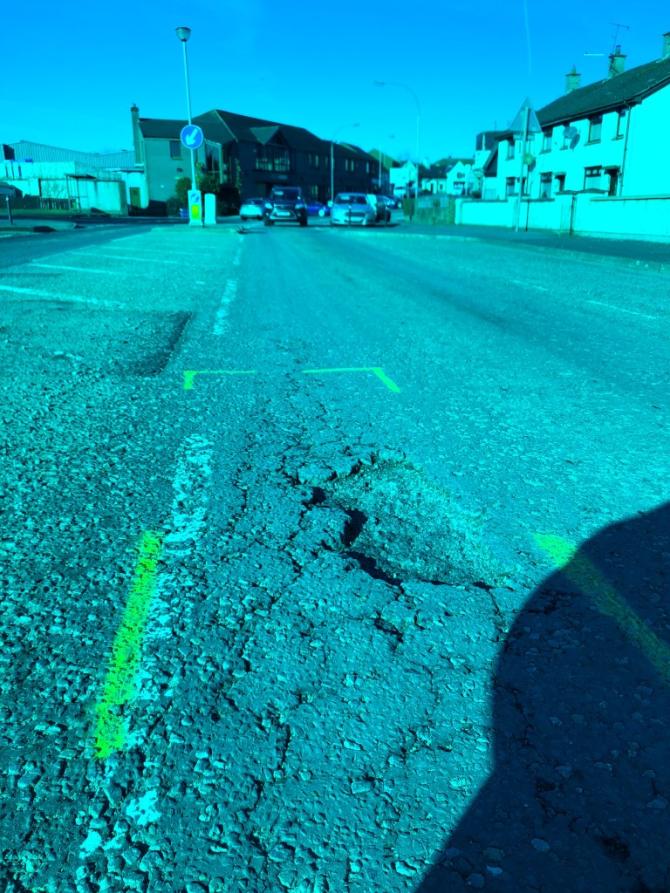 THE pothole misery for drivers across the Borough only appears to be deepening - as do the potholes themselves.

That's according to a Markethill man who says his car takes a hammering every time he takes it onto the road.

"It is completely disgraceful," said the local motorist, who did not wish to be named.

"I read in the Gazette recently about a motorist angry about the state of the Newry Road in Armagh and he is absolutely correct, that road is shocking.

"It seems to be that the only person who is not blighted by the state of our roads is the man who provides yellow paint to Transport NI! The Newry Road in particular is covered in the stuff.

"It's all very well highlighting the defects on the roads but what I want to know is when will anything be done about them?

"Does Transport NI have to be alerted to a problem before it will react? We have heard the stories from their employees about being sent out to fix potholes but not being allowed to fix defects which are not on a scheduled list - this is madness!

"Meanwhile every time I take my car onto the road it seems like it is taking a hammering from potholes. More often than not they are unavoidable especially on smaller roads when vehicles are coming the other way.

“And it’s not just country roads either, Newry Street in Markethill has a number of potholes. Some have been fixed by Transport NI but they haven’t managed to get them all.

"I agree with your letter writer, this is a problem which has developed as a result of the failure of our politicians to do the job they were voted in to do, namely run the country.

"Transport NI is being left to deal with the angry motorists but I suspect with decimated budgets their hands are tied behind their backs to a certain extent.

"Twenty years on from the signing of the Good Friday Agreement we have peace but it seems like the only ones in our society that can't let go of the past are our politicians. It is time they showed some maturity, got Stormont up and running again and started sorting out messes such as our roads network.”

Meanwhile councillor Mealla Campbell has revealed that she has reported 11 local roads to Transport NI due to potholes recently.