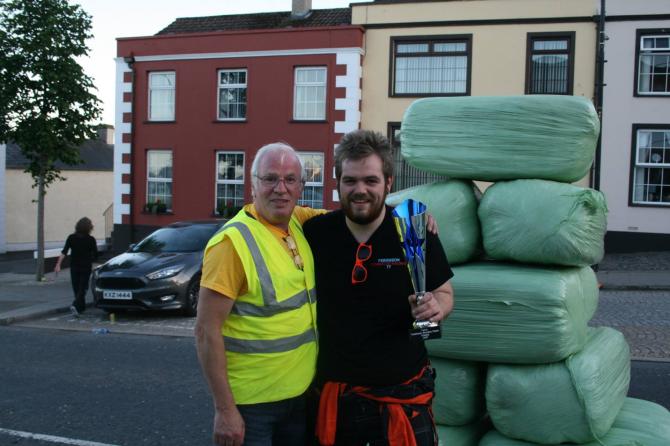 FEARS have been expressed for the future of the annual Tandragee Soapbox Derby following a government change in legislation.

Paul Bowbanks – who has been involved with the popular event since it started in June 2014 - told the Ulster Gazette, the new law, which will largely affect community events, gives organisers an extra bill.

Under the new rules which were passed by Stormont officials, anyone wishing to host an event and close a road, requires a licence from council costing £269, together with a further £1,080 for a specialist traffic management contractor.

Mr Bowbanks, who is secretary and treasurer of the Tandragee Soapbox Derby said the popularity of the event – which is held on the hill – has increased over the past four years, with 22 entrants last year and 40 expected this year.

From the 12 entries received so far, eight Northern Ireland charities are set to benefit from the fun event, which last year attracted 8,000 spectators to the market town.

While the Lord Mayor, Alderman Gareth Wilson has committed to pay the £269 needed for this year’s licence, organisers now have to come up with £1,080 for the recruitment of a specialist contractor.

“Community events are in danger of being cancelled due to the change in legislation,” Mr Bowbanks warned.

“Marathons, 5k and 10k running events, Irish road bowls, St Patrick’s Day parades, Christmas lights festivals and some band parades fall into the category of paying for the use of our public roads, and are at the mercy of not one, but three, government offices to gain permission.

“Anyone wishing to hold a street party has also to request permission from their local council to conduct the activity and are subject to cost.

“This ruling was devised by the DfI, the PSNI and a District Council technical officer team.

“At no time is there a mention made regarding to any consultation with any community group as to its effect.

“The distinct impression we are under is that the act amendment was driven by the PSNI as a fund saving exercise and the Civil Service finding ways to raise funds.

“Fundamentally, if a community organisation wishes to close a road for any sporting event, social event or entertainment which is to be held on a public road, even a cul-de-sac, it has to submit an application to the council for a licence and may need to pay a fee (Armagh £269), plus may have to employ a specialist traffic management contractor at a cost of hundreds of pounds before it can be qualified for a licence.

“The Tandragee Soapbox Derby has to find a staggering £1,080 extra to employ a contractor to cover this year’s event for something we did ourselves for the last three years. Failure to obtain a licence and run an event is a criminal offence.

“Exception to these rules as one would expect for Northern Ireland are public processions which are still under the existing 11 Bar 1 system - this would cover road closures for the annual Twelfth and Thirteenth.

“We are unsure at this time if annual Remembrance parades are affected. Motor racing and cycling races are exempt.

“What cannot be understood is, the same roads are closed for the annual celebrations; however a community with no political identity has to operate differently and be financially penalised for running an activity in their own town for their own community.

“The lack of consultation has made such community events out of the reach to the greater number of local groups and is dismantling the very fabric of our towns, villages and cities.

“It is also contrary to the ethos of community life and goes against the government’s and council’s own policy of town rejuvenation.

“We cannot believe that Stormont agreed to this legislation without knowing what affect it would have, and council officers have been complicit in forming the legislation.

“It feels like yet again the civil servants are taking the lead on governing the people and are inventing new ways of raising more funds from easy targets. Or is it that MLAs don’t care or have been hoodwinked by the Civil Service?

“Most community events bring the community together and raise thousands of pounds to assist local charities, while supporting local outlets.

“This legislation has no appeals process within the act. Please remember this when you are asked to next vote.