Company boss speaks out as 90 jobs are axed 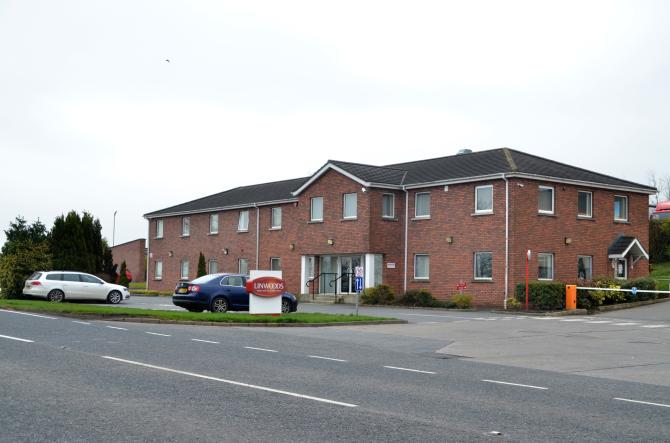 LINWOODS’  joint managing director has said there are no plans to close either of the company’s Armagh sites following the shock announcement that it is to cut around 90 jobs.

Speaking to the Ulster Gazette, John Woods stressed his family business’ committment to Armagh, saying that he was “proud” of the company’s long association with the area, which stretches back over six decades.

His comments come after the company revealed last week that it is to reduce its 250-strong workforce by around a third at its Monaghan Road headquarters. The affected employees work in the company’s van sales distribution, however, Linwoods Health Foods and all contracted bakery production will not be affected by the development. In an official statement the company said it was a “very difficult decision” to make, and one that had been taken in response to “significant and long-term change in market demand”.

Elaborating further, Mr Woods said consumers’ changing tastes had led to a decline in demand for the traditional white loaf. “There has been a notable shift away from 800g white bread as consumers opt instead for healthier diets and gluten free alternatives,” he explained.

“When this is combined with the increasing costs for distribution of our bakery and dairy products, it has become a wholly unviable prospect for the future of our business.”

However, the joint managing director said the move would ensure the firm could continue to operate locally. “There are no plans to close either of the Linwoods’ sites. Linwoods has been a family business at the heart of the County Armagh community for over 60 years and we are proud to be from this area. In order to continue to do this we have had to react to a change in the requirements of our market.

“This is obviously a very difficult decision for our company and it follows many years of continuous rationalisation efforts to find alternative solutions,” he said. “Our priority now is our people, many of whom have been committed to Linwoods for a long time. Without their hard work and the support of the community the company wouldn’t have developed in the way that it as.”
Widely regarded as a Northern Ireland export success story, Linwoods has earned numerous accolades and awards over recent years, including an international industry award for its sprouted flaxseed products, which was announced in January. Just last year it was named export business of the year by NI Chamber Awards.

Mr Woods revealed that Linwoods was currently working on developing new product lines to further tap into the health food industry. “Due to the continued growth in the health food industry worldwide our health food business has seen significant growth in recent years and is continually growing,” he explained. “We know there are further opportunities in this area, both at home and internationally. We already export our health food products all over the world – across the UK, Europe and Asia.
“We are currently developing a range of innovative healthier bakery products which will also be suitable to be channeled via central distribution to Northern Ireland, Ireland, UK and worldwide markets. Our focus and our investment will now be placed on further growing these areas of the business.”