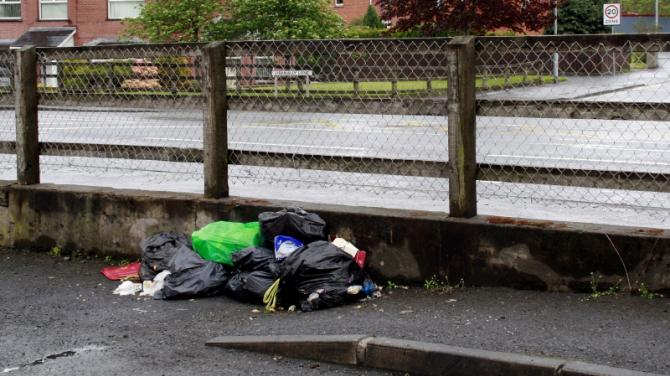 BLACK bins bags dumped on the street in a city centre residential area has been branded “disgraceful” by a local resident.

The woman, who did not wish to be named, said the issue has been a “ongoing problem” in Lisanally Lane, off Lower English Street, over the past few months, and as a result, is it attracting vermin to the street.

“I’ve been living here for well over 50 years and when I first came here it was a lovely place to live but with this, it’s just going down,” she explained. “It just makes the whole street look low. Just two weeks ago I spotted two rats.

“This has been happening for some time. The binmen used to take them away but they’re not allowed to now.”

The resident added that in the past she has contacted environmental health at Armagh City, Banbridge and Craigavon Borough Council.

The latest incident took place last Tuesday (May 8) and she claimed that while in the past the discarded bags were removed, in recent times the response has been less effective. “I contacted environmental services and I haven’t heard anything back. I think it’s disgraceful. A neighbour got someone coming along with a bag ready to dump it.”

In response, a spokesperson for Armagh City, Banbridge and Craigavon council said; “Council has regularly removed bags of household waste from this area, our environmental health officers are monitoring the area and we will continue to work with the local residents and landlords to ensure household waste is appropriately disposed of.”