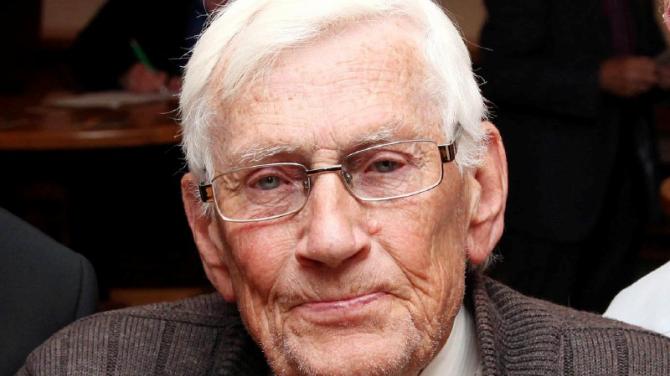 FORMER Deputy First Minister of Northern Ireland, Seamus Mallon is to be given the freedom of the Borough of Drogheda.

The Markethill man will receive the honour during a ceremony in Drogheda on June 8.

The announcement was made at last week’s Drogheda council meeting and was warmly welcomed by all except the three Sinn Féin Councillors, Kenneth Flood, Joanne Byrne and David Saurin who voted against the move.

The announcement came in the form of a prepared statement read out by the Deputy Mayor Cllr. Richie Culhane in the absence of the Mayor Cllr. Pio Smith, which read: "I am happy to offer the Freedom of Drogheda to Seamus Mallon as I believe that he is a patriot in the true sense of the word and has worked to unite protestant, catholic and dissenter like a true Republican.

“Mallon was a straight talker and his goal in politics and life was to progress society in a manner that benefited all. Having a go at other political parties or communities for the sake of it was not his style, instead he tackled issues like inequality, Irish unity, lack of housing, unemployment and he did this for both Catholic and Protestant.

“All people who live on the island of Ireland owe Seamus Mallon a deep debt of gratitude for the significant role he played in engendering hope in a time of despair and in helping to create new and better inter communal relationships on this island."

Mr Mallon told the Ulster Gazette he was extremely honoured by the recognition and pointed to the strong connections beween Armagh and Drogheda.

“There is a lot of shared history between the two areas therefore it is lovely to receive this honour,” he said.

“It will be a proud moment for me and my family on June 8 and a nice recognition to have. I received a phonecall from one of the Drogheda councillors who phoned to say the council was in agreement on honour and then the Mayo got in touch to speak about the arrangements. They were nice phonecalls to receive.”

During the sixties Seamus Mallon was deeply involved in the civil rights movement, especially in Armagh. In 1979, when John Hume went from being deputy leader of the Social Democratic and Labour Party (SDLP) under Gerry Fitt to leader, Mallon became deputy leader.

He was elected to the first power-sharing Assembly in 1973, and to the Northern Ireland Constitutional Convention in 1975. In 1982 Mallon was appointed to Seanad Éireann by the then Taoiseach, Charles Haughey.