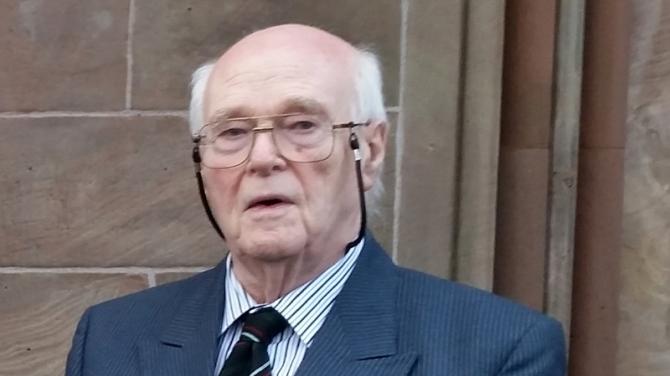 A 41-YEAR-OLD Kilkeel man has admitted killing an elderly couple at their Portadown home last year.

Thomas Scott McEntee, who is being held at a secure psychiatric unit at Knockbracken, entered a guilty plea to the manslaughter of Michael and Marjorie Cawdery.

The couple who were both aged 83 were discovered by their daughter and son-in-law at their Upper Ramone Park home on May 26, last year.

It is believed they had both been stabbed to death.

At Craigavon Crown Court sitting in Belfast last Wednesday, McEntee was flanked in the dock by two medical staff from the unit where he is currently residing.

A defence solicitor for McEntee, who is originally from Moorfield Court in Kilkeel, told Mr Justice Colton he had an application to make and asked if the accused could be rearraigned.

A total of nine charges were then put to McEntee, including murdering Michael and Marjorie Cawdery.

He pleaded not guilty to the murders, but guilty to manslaughter by reason of diminished responsibility.

McEntee also entered guilty pleas to a further five charges, which included breaking into the couple’s home armed with a knife and stealing a bank card and car keys, as well as indecently exposing himself, stealing their Renault Kangoo and causing damage to it, and driving dangerously.

The accused also pleaded guilty to two counts of theft and breaking into a house at Derrybeg Lane, Newry and stealing a key on May 25, last year.

The judge - who remarked it will be a “difficult sentencing exercise” - asked that a pre-sentence report be prepared on McEntee, to go along with psychiatric reports that have already been compiled.

Victim Impact Reports setting out the affect the violent crime has had on Mr and Mrs Cawdery’s family have also been requested, ahead of sentencing on June 22.

Members of the Cawdery family were in court for the hearing and the couple’s son-in-law said afterwards they were “pleased by the admissions of guilt,” before adding it “takes a lot of pressure off the family”.

The brutal attack on the popular Portadown couple, who had two daughters and a son, sent shockwaves throughout the local community.

At their funeral service last year, Mrs Cawdery’s nephew Colin Wilkins in his eulogy described her as “an incredibly soft-hearted, patient and generous person” and someone who “was a delight to be around”, while Mr Cawdery’s brother Paddy told mourners he “possessed a bright and inquisitive mind” and “to the end, he was engaged in using his skills to the benefit of others through the medical and veterinary communities in Britain and Ireland”.