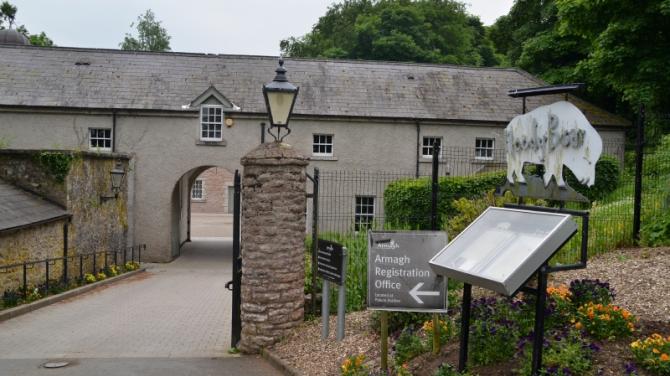 POPULAR Armagh restaurant, The Moody Boar has closed down.

Based at the Palace Stables in the city, the restaurant’s owners have blamed a hike in their rental fees as the reason they are ceasing to trade.

The shock announcement was made on Monday morning with a post on the restaurant’s Facebook page. And anyone phoning The Moody Boar also heard a recorded answer-machine message saying “Unfortunately we have had to close permanently due to an increase in rental charges which makes the restaurant no longer financially viable.” The message went on to thank customers for their support down through the years.

On Facebook, a post attributed to owners, Sean Farnan and Ramune Liorincaite Farnan said it is with much sadness that the restaurant is closing after nearly six years of hard work from The Moody Boar team – both past and present.

“The closure is due to a substantial rent increase which means it is no longer financially viable for the business to continue operating,” said the Facebook post.

“We would like to take this opportunity to thank everyone who has supported us through these years. We have always enjoyed being involved in local council events often helping organise and partake in them such as:- Armagh Apple Blossom Festivals, St. Patricks Day Festivals, Georgian Day/weekend festivals, Gingerbread alley, Armagh Food and Cider Festivals, Armagh Blues Festivals.

“It was always part of our belief to help drive Armagh into the limelight to create a destination that benefits not only Armagh City but the whole ABC Council area, in other words our Food Heartland; This was something very close to Sean’s heart, starting a chef’s circle in the city but always thinking further afield by getting others involved from the whole Borough, together, creating The Food Heartlands Hospitality Forum.

“There are a lot of people that helped bring this together and without them, it would have been nearly impossible to do, you know who you are and thank-you for your support and encouragement.

“Since opening in Oct 2012 things we have achieved/held: 2012-2018 consistently from 1st achieving them year on year, Food Standards Hygiene Rating 5, recommended in the Michelin Guide (first in County Armagh to do so), The Lord Mayor’s Award Armagh ‘Making a Difference’, numerous awards through The Restaurant Association of Ireland, Georgina Campbell’s The Ireland Guide, The McKenna Guide, The Food Heartland Awards and Ireland The Best, by John and Sally McKenna.”

“We are extremely proud of turning the Palace Stables from an empty run-down unknown space used only by the council into the beautiful popular place that is, The Moody Boar. It gave confidence to Armagh Council before it became ABC Council to re-invest into the park grounds, and we are sure we can all agree that it is a fabulous space now.

“We have enjoyed immensely carrying out TMB events especially Dining Under The Stars 2017.

“Unfortunately, this is the end of The Moody Boar. We (Ramune & Sean) will not be opening any new venture.

“Lastly, a huge thank-you to all our team that have stayed with us right to the end; we wish you all the best of luck into the future. Also, to our friends and family whose advice and help has helped us through this last year.”