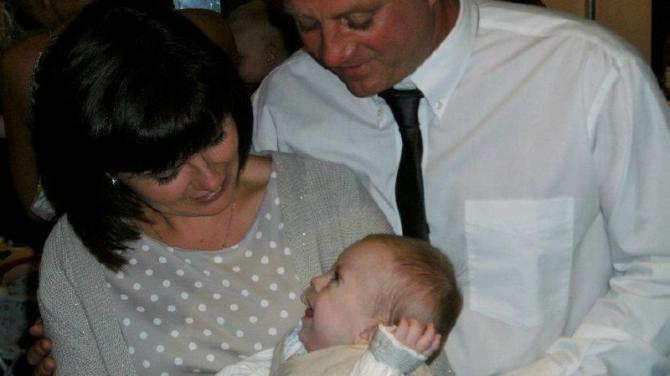 THE borough’s new Lord Mayor is to ask for a meeting with the Secretary of State in her continuing campaign to have burial fees abolished for children under the age of 18.

She wants to see Northern Ireland legislation brought into line with that in the rest of the UK.

However, there is stalemate due to the absence of a functioning Executive, with Councillor Flaherty being advised by Mr O’Reilly to take her case to Karen Bradley, Secretary of State.

She said: “I was very encouraged to learn that the Department has already engaged in a great deal of preparatory work, and has taken notice of the situation in England, Scotland and Wales.

“I was also glad to learn that it is believed that no new legislation is required to progress the matter here in Northern Ireland.

“What I was less happy to learn is that this is yet another matter that is being affected by the lack of a fully functioning Executive at Stormont.

“Quite simply there are too many decisions affecting the daily lives and futures of too many people in Northern Ireland that are not being taken due to the current political impasse. The ordinary people of Northern Ireland deserve better than this.”

She added: “I for one am not prepared to tolerate this situation. Decisions must be taken and direction must be given to local departments. If local Executive Ministers are not in post to take them, then the Secretary of State must act herself to ensure that this current unacceptable state of affairs is brought to an end. Karen Bradley’s door is the next that I will knock on.

“Someone must take the lead. This is an issue that will help a number of parents and families at a time of desperate need and will certainly not offend others.”

Said Mrs Flaherty: “This is a subject that has been close to my heart for a very long time. Five years ago our son Jake passed away and that was an event from which we will never fully recover.

“Some months ago I brought this issue to council and was heartened at the support it received first from my Ulster Unionist colleagues and then from all parties on the council.

“The matter was quickly adopted by all councils across Northern Ireland and within a matter of weeks an incredible degree of political consensus had been achieved.”