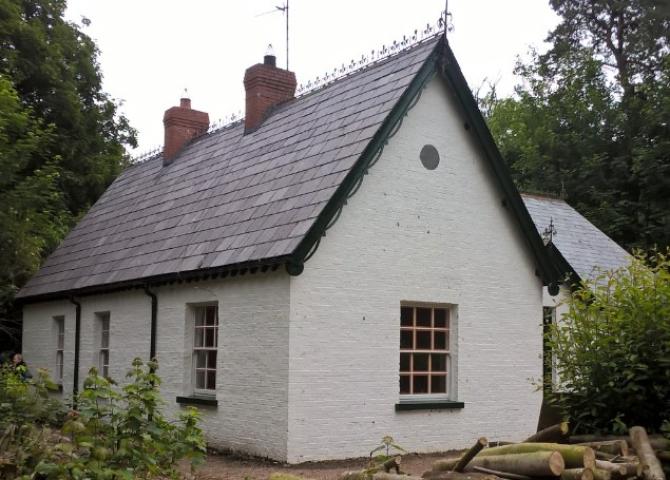 Measuring just under nine acres in size, and accessible only by boat, Coney Island has been in the care of conservation charity The National Trust since 1985.

Located in the south west of Lough Neagh, archaeological evidence indicates that the island has been occupied at various times since the Mesolithic period. More recently it was the summer retreat of James Alfred Caulfield, seventh Viscount and eleventh Baron Charlemont and it’s his nineteenth century cottage that has been refurbished by the National Trust and is now available for rent.

If you dream of island living and would relish the opportunity to swap the stress of modern day living for a lifestyle that connects with nature, then this could be the home for you.

‘If you’re into gaming and watching box-sets this probably is not the place for you,’ says the National Trust’s Edward Mason. ‘But if you love being close to nature and can tackle the elements throughout the seasons, then this could well be the opportunity of a lifetime.

‘If you have ever fancied being a lighthouse keeper, this is probably the next best thing,’ Edward continues. ‘The technology is a little less taxing though. To live in this cottage you will need a small boat to reach the island, you’ll need to be comfortable operating a generator for your light, and a wood-burning stove for your heat. You will also need to be active and pretty useful with an axe as there’s an abundance of wood to harvest on the island under the guidance of our ranger team.’

‘We’re looking for a long-term tenant (up to 5 people) who really does care about nature, and is seeking an escape from the stresses and strains of modern day living. They would need to be resourceful and be able to withstand the elements that will be thrown at them throughout the year.’

Legend has it that the island was once accessed by a causeway known locally as St Patrick’s Road, as the Saint is believed to have used the island as a place of retreat in the fifth century. Today, you need a boat or canoe to make the ten minute journey from the mainland to the island but once there you’ll find yourself in a beautiful nature reserve that forms part of the Lough Neagh Area of Special Scientific Interest (ASSI) for its breeding duck assemblage and wet woodlands.

Coney Island contains several scheduled monuments - an Anglo Norman Motte, a sixteenth century stone tower and a holy well, but the three-bedroomed cottage is the only residence on the island. Although you will be the only tenant, the island is open to boat users who like to visit in the warmers months to explore the public parts of the island which are managed and maintained by the local council.

If you like the thought of living close to nature, with wonderful birdsong for company, then contact the National Trust for more information on renting this unique cottage on Coney Island.