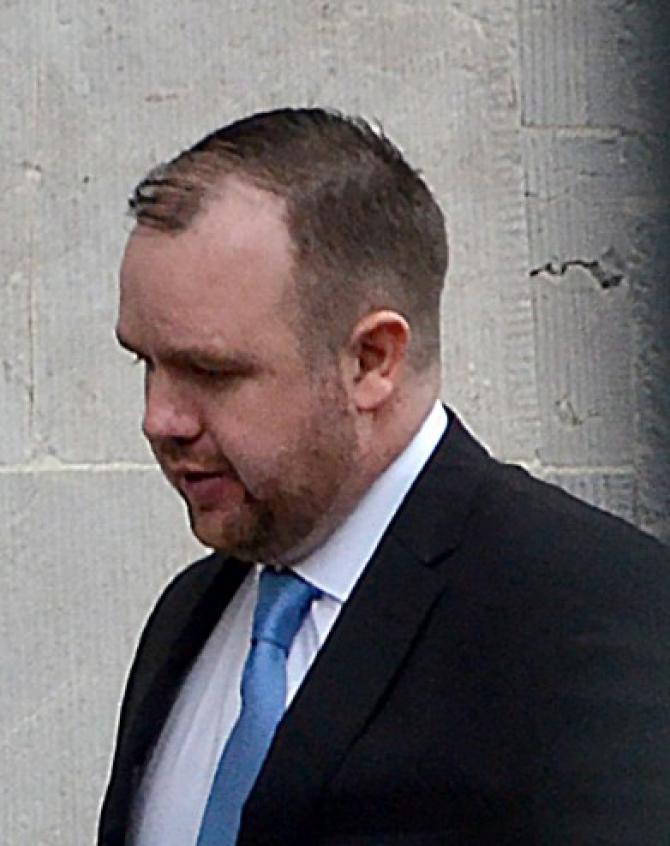 Damien McCann pictured at an earlier court hearing in Armagh

The family of an Armagh teenager killed in a horrific hit-and-run road incident say they are devastated by a decision by the Public Prosecution Service to accept a lesser charge against one of the defendants.

Lesley-Ann McCarragher was jogging along the Monaghan Road, Armagh on 9 April 2016, when she was struck by car, which sped from the scene without stopping.

Despite being airlifted to hospital Lesley-Ann passed away from her injuries. She was 19.

The car was being driven by Nathan Finn (19) of Keady Road, Armagh. He initially denied all charges against him, but later accepted causing death by dangerous driving, causing death whilst driving without a licence or insurance, as well as failing to stop and remain at the scene of a collision, or report it to police.

Co-defendant Damien Paul McCann (31) of Lagan Road, Keady was originally charged with causing Lesley-Ann’s death by dangerous driving, which he denied. Following legal discussions his defence team advised a plea to the stand-alone charge of dangerous driving would be offered.

There were protracted proceedings whilst the PPS considered this, but Newry Crown Court was today (Tuesday) informed there had been a development.

McCann was re-arraigned on the original charge and replied, “Not guilty to causing death but guilty to dangerous driving.”

Prosecution counsel said she had been instructed this was acceptable.

Lesley-Ann’s family declined to attend the hearing having learned in advance the lesser plea was to be accepted.

However they issued a statement which read, “As a family we are devastated at the decision by the Public Prosecution Service to accept a plea from Damien McCann, on the lesser charge of dangerous driving.

"Both he and Nathan Finn chose to drive without regard for fellow road users and pedestrians that day. It was our sincere wish that McCann should face a jury on a charge of causing death by dangerous driving.

"In our opinion he had a case to answer and the evidence should have been tested in an open and transparent manner by the courts, whose ultimate decision we would have respected.”

Both men will be sentenced at a later date.

McCann caused the case against both him and Finn to be significantly delayed after he absconded on learning he was being prosecuted. When he finally surrendered to the court he was refused bail and remanded in custody. A later bail application before the High Court was granted.