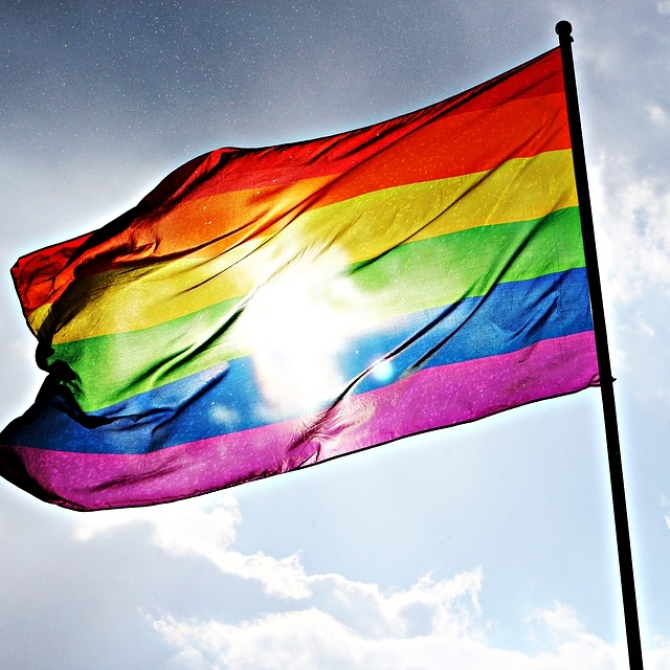 The Palace Stables and other civic buildings will fly the rainbow flag on Belfast Pride Day.

THE Pride flag is set to fly over Palace Demesne in August.

And the building, along with the other civic buildings in Banbridge and Craigavon, will be lit in rainbow colours.

It follows the passing of two motions at the June monthly meeting of Armagh, Banbridge and Craigavon Borough Council on Monday night.

A motion brought forward by Alliance's Cllr Eóin Tennyson and supported by his party colleague, Cllr Brian Pope, was passed by 21 votes to 17.

It asked for the council to recognise "the contribution made to our borough by LGBTQ+ citizens and rejects all forms of discrimination against the LGBTQ+ community.

"To show our support for equality and acceptance, this Council will fly the rainbow flag at Banbridge Civic Building, Craigavon Civic Centre and Palace Demesne on Belfast Pride Day 2019 (August 3, 2019) and annually thereafter."

Tweeting afterwards, Cllr Tennyson could not hide his delight.

“I never thought I’d see the day! This means the world to the LGBTQ+ community. Thank you to every single councillor who voted in favour,” he said.

An earlier notice of motion to light up the buildings was brought by Sinn Fein's Cllr Kevin Savage and seconded by Cllr Garath Keating.

It read, “As a statement of our solidarity with our LGBTQ+ citizens and to demonstrate that we are welcoming and progressive Borough this council will;

"On Belfast Pride Day 2019, light up our civic buildings in the colours of the Pride Rainbow and annually thereafter.

"Council officers will also explore with organisers of the Pride Day Parade 2019 in Belfast, ABC Council being representatives on the parade along with other public bodies on an annual basis."

That motion also was backed by Cllr Tennyson and the SDLP's Thomas O'Hanlon.

While they did not speak in detail on the issue, the DUP's Cllr Mark Baxter said he would not be supporting the motion and asked for a recorded vote.

It was passed by two votes, 19-17. There were two abstensions.

There will be more on this story in next week's Ulster Gazette.