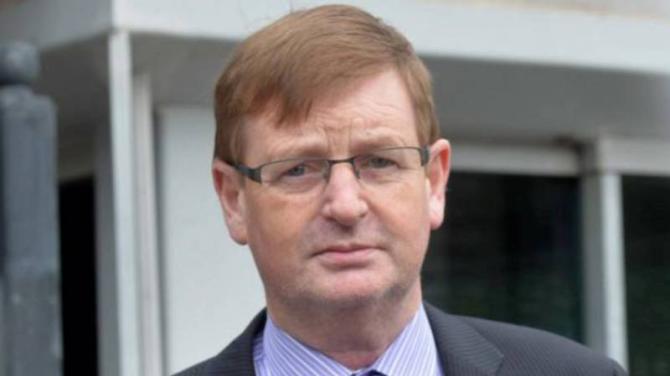 THE passing has taken place of victims campaigner William Frazer.

He died in hospital surrounded by his family after a long battle with cancer.

“It is with great sadness that I personally announce that at 3.55pm William Frazer passed away and went into the near presence of God," he said.

“On behalf of myself, speaking on behalf of the family, we have been overwhelmed by the support, the prayers, the good wishes of the people.

“This afternoon, one of the best sons that Ulster ever had left this old world, left pain and sadness behind him and went home.

“He died peacefully with his family around him. There will be people very keen to give an opinion on William. We thought the world of him as a father, a husband, as a great friend and this afternoon we ask people to have respect, to give the Frazer's privacy, time to deal with the situation.

"When the time comes we will announce the funeral to which everyone will be very, very welcome. A true son of Ulster has fallen this afternoon."

Amongst those paying tribute were Newry & Armagh DUP Assemblyman, William Irwin, who said, “I visited William only a few days ago and chatted with him as he lay on a hospital bed and it is very tragic that he has sadly passed away after this period of ill health.

“I had known William for many years and everyone will be aware he had suffered a lot through the loss of his father and other family members directly as a result of IRA terrorism. He will be sadly missed by his wife and family circle and I extend my deepest sympathy and prayers to them as they come to terms with this awful loss.”

He added, “William was a tireless advocate for innocent victims of republican terrorism and his contribution in assisting many victims through various measures is something that they will be forever grateful for.”

His party colleague, Alderman Gareth Wilson, stated, “My sympathy, thoughts and prayers are with the Frazer family at this very difficult time.

Having lost his UDR father along with two uncles and two cousins during the Troubles, Mr Frazer has campaigned vigorously over the years in a bid to ensure justice for South Armagh’s troubles victims.

In recent years, he pursued a campaign against the Irish Government who he claimed had provided a ‘safe-haven’ for the IRA gunmen who murderd 10 Protestant textile workers as they travelled home from work in their minibus at Kingsmills in January 1976.

There will be more on this story in this week’s Ulster Gazette.