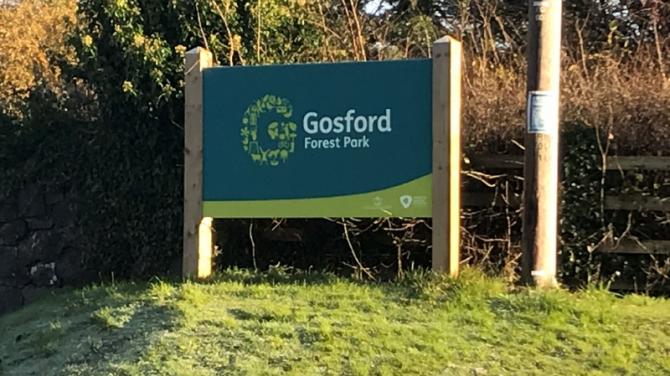 To be linked by 1.7km of trails, the play areas are designed to cater for youngsters of varying ages and levels of ability.

The worst case scenario would see work starting in late 2024.

Citing their reason for recommending approval, it was stated: ‘Officers consider that the proposal accords with the Strategic Planning Policy Statement and all other relevant panning policies.

‘Officers have taken into consideration all other matters, including those raised in response to consultation and publicity and consider that any material harm that the development would otherwise give rise to can be offset by the planning conditions imposed’.

Linked by pathways, the proposed developments will see five named, central features. They are:

1. Nature Detectives for toddlers up to five years of age.

2. Woodpecker Play consisting of a series of interconnected ‘bird nests’ at various heights, created from wood.

3. Squirrel Rope Play – designed to mimic the world of the squirrel - for children of 7+ age.

4. The Giant – standing 6.2 metres tall, this three-tier structure will include a massive tube slide. The Giant is a reminder of Gulliver’s Travels, the book penned by Dean Jonathan Swift, a noted name synonymous with this part of Co Armagh.

5. Castle Tower and zip wires – inspired by Gosford Castle itself, this will allow children to run up and down the internal structure as well as use of the double zip wire. A ‘crumbled fort’ to the rear will cater for younger children in the same play area.

The only words of caution concerning the overall project amounted to nothing more damning than: ‘It is accepted that these new structures, due to their size and scale, will have a physical and visual impact on the demesne.

Notwithstanding this, the structures are considered to be of a scale which is appropriate to the area as they will visually integrate into the mature woodland and would not lead to the loss of, or cause harm to, the character, principal components or setting of the demesne’.

Welcoming the proposals was Councillor Jim Speers, who has been calling for improvements to Gosford for some time now.

He said, “I have been campaigning for Gosford to be a family-friendly park and encourage families to come and use the facilities.

“This would provide a spin-off for local businesses who would benefit from people coming into Markethill to shop and relax.

“I feel that we are only getting started with the improvements to Gosford and, with so much more in the pipeline, I’m looking forward to seeing how things progress.

“This is very good news - I hope that the young people of Markethill and further afield get good use of these new facilities.”