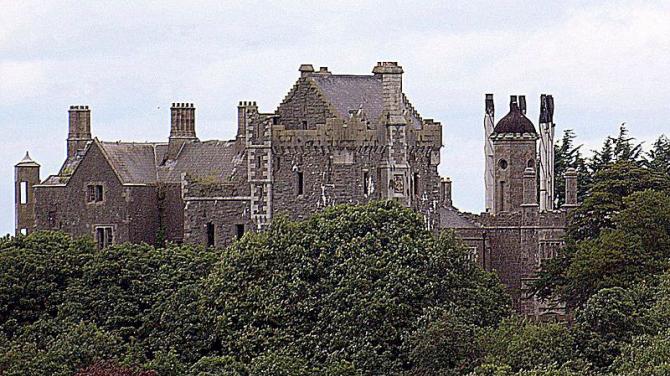 CHRISTMAS in Tandragee will be even more spectacular this year with a festive market which is sure to bring the crowds to the town.

Friday, December 6 is the date for the switch-on in the town centre, and plans are still being finalised for the big day.

And along with the traditional visit from Santa there will be the addition of a twilight market where gifts, food and much more will be on offer.

Matty Dillon, from Tandragee Royal British Legion, is one of those who is helping to organise the event, which takes place from 6.30-9.30pm, with the lights expected to be turned on between 7.15pm and 7.30pm.

“We're running a few events through Twinklelights, a group which has started up through the council,” he said.

“They go into each of the smaller towns, who get a slot every three years. They organise Christmas markets, they apply for it, the council put up the stalls and then they sell their products.

“It's something that hasn't been done yet. We were one of the chosen few with Keady and Donaghcloney, but then they move on to other towns the following year if it is a success.

“They are more or less set up by a body to support small communities because towns like Portadown and Banbridge seem to be getting everything and the wee smaller towns just seem to be forgotten about.”

Matty called on more people in the town to get involved in the running of events, such as the Christmas switch-on.

Calling on members of the public to lend a hand, he said, “There's only a small wee community in Tandragee and only a few people who want to help out so we [the Legion] said that we would get involved.

“I would call on anyone who wants to help out for future events to come forward. Sometimes you don't know who to ask because you might get a grant for say £700 but it could take over £1,000 to run the event.”