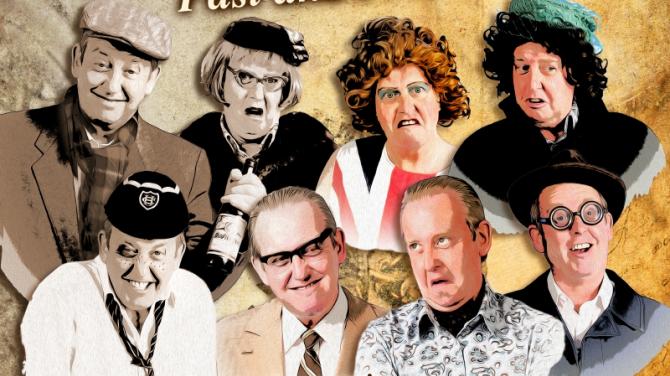 WILLIAM Caulfield is bringing his hilarious new ‘Our Jimmy: Past and Present' show to the Market Place Theatre in Armagh.

Featuring some original and some new material from the beloved comedy characters of Lily O'Condriac, Billy Hulk, Big Derek, Orange Lil, Willie Simpson, The Ballymena Man and wee Sammy the Schoolboy etc, this is a show that will delight fans old and new who enjoy good Ulster humour. How is Derek's mammy? Is Emily Beattie still on the scrounge? Has Billy Hulk started any more strikes? Is Willie Simpson ever sober?

To find out the answers to these and some of today's most pressing questions join William as he celebrates the comedy legend that was James Young.

Ireland has produced some of the finest comedians the world has ever seen and William Caulfield is no exception. When he is on tour packed theatres are testament to that.

His comedy career began as a writer for sketch shows for the BBC in Northern Ireland and as a studio 'warm up man' for TV shows for both BBC and ITV. His talent was soon spotted by producers who then commissioned his own 'Christmas Special' TV show followed very shortly with his own TV series 'Our William', a mixture of stand-up and sketches.

In Northern Ireland he pioneered the idea to record his new comedy sketch show series for radio using costume and props in front of a live studio audience in the TV studios and 'It's William Caulfield so it is' was so successful it was nominated for a PPI Radio Award.

He then developed the idea of broadcasting a comedy show from various factories around the country using the workers to star in sketches and quizzes in the very popular 'William Caulfield's Workers Party', again for the BBC

Away from TV and Radio William is one of the best stand-up comedians in the business with material that is family friendly but absolutely hilarious. Indeed his shows are always described as 'No Filth, No Foul Language - Just Funny!'

Radio and TV is just a small part of what William does. Away from broadcasting he is the headline act of the pantomime every year in the Millennium Forum in Londonderry, a consummate after dinner speaker, writer, awards host, compere and guest entertainer on board some of the luxury cruise ships around the world.

Don’t miss his new show when it comes to the Market Place Theatre in Armagh on Thursday, January 9. Cherck out the theatre box office for tickets.