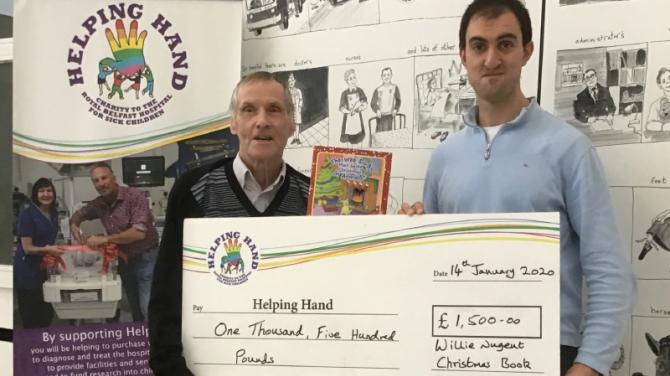 ARMAGH fundraiser Willie Nugent has raised £3,000 for two worthy charities through the sale of his Christmas book.

“It all began as a wee story, about a wee dog, that I hoped would raise a wee amount of money for charity,” Willie told the Ulster Gazette.

“I still can’t believe that inside four weeks, 600 books were sold raising £3,000 which has been divided between, ‘The Friends of the Cancer Centre’ at Belfast City Hospital and ‘The Royal Belfast Hospital for Sick Children’.

Finally, Willie would like to say a special ‘Thank You’ to his wee dog Maisie.

“Without her,” said a proud Willie, “the book would never have happened.”