Pastor Barrie Halliday to appear in court over video 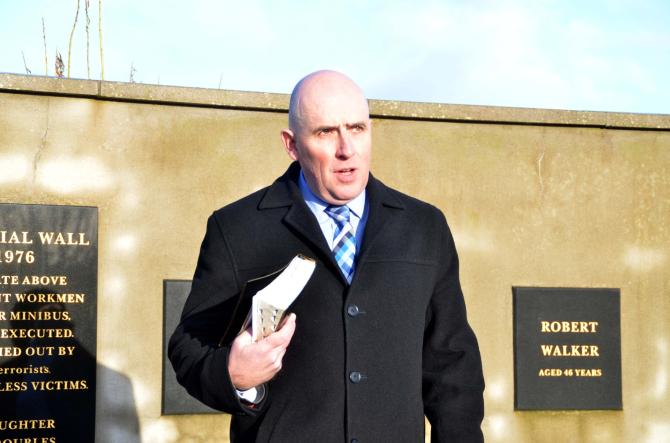 PASTOR Barrie Halliday has confirmed that he is to appear in court over a video which he posted online.

He said that he had been arrested and charged by police in a further video statement on Friday afternoon.

In today's statement he said that he had been arrested by the PSNI as someone “had made a complaint which they were investigating about a grossly offensive post that I had made”.

He added, “[I was] taken to Lurgan custody suite and questioned there for some time about the video.

“I think I explained myself well. Several times in that video I explained that I had no interest or tolerance whatsoever for racism or tolerance or any of that thing. I simply wanted everyone to settle down and for hysteria to stop.”

Pastor Halliday said that he was told by police that it was “their full intention to go for a hate crime against me”.

“I understand my first name, Barrie is fine, but the second name is obviously a problem because somebody else couldn't be done for a hate crime against very innocent people.”

He will appear at Newry Magistrates Court, sitting in Newry, over the charge next month.

“I believe 100% that I didn't ignorantly or intentionally say anything that was out of place and I still don't [know] as to what the actual complaint was; what specific part was meant to be the problem but it looks like I'll have to explain that in court,” Pastor Halliday added.

He added that recently there had been “snapshots of invitations to have me shot”.

Meanwhile a PSNI spokesperson confirmed that a 52-year-old man had been charged with improper use of public electronic communications network.

“He is due to appear at Newry Magistrates’ Court on July 8,” added the spokesperson.

“As is usual procedure all charges will be reviewed by the Public Prosecution Service.”