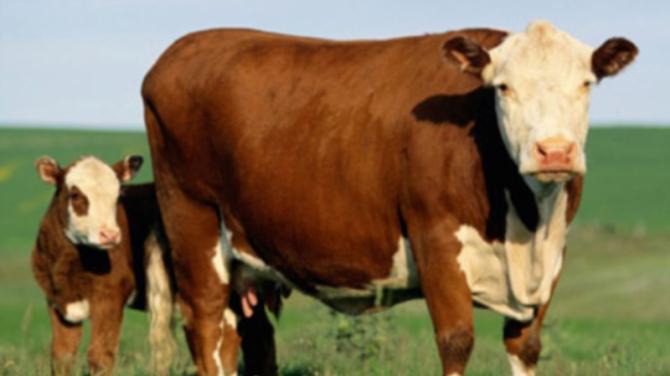 THE Armagh area has been identified as Northern Ireland's cattle theft hot-spot in new figures released by DAERA.

Over the past four years 2,452 cattle were stolen, more than anywhere else, while in neighbouring Newry there were 2,339 thefts.

The thefts reached their peak in 2018 when 732 cattle were stolen, while there was a drop of approximately 100 the following year.

Across Northern Ireland there were over 14,500 reported missing.

“Not least because of the associated costs involved for the farmer who has had the misfortune of discovering his animals stolen,” he said.

“There are also concerns in these instances around the issue of animal tags and food chain traceability which is a very tightly monitored area from DAERA’s perspective in normal practice, yet clearly criminal elements care nothing about anyone’s safety.”

He added, “I know the PSNI is actively pursuing issues around animal thefts on an ongoing basis and it is vital that anyone with information or observations of suspicious activity, contacts police and alerts them to this criminality.

“As has been said before, rural crime has a significant impact in terms of cost on the rural community and it also leaves people feeling uneasy.

“There is an ongoing requirement for police intervention and with the additional recent resource upgrades in the local policing district, I would be keen to see a renewed focus on what is a concerning trend in Newry & Armagh.”

Responding to the fact that almost 15,000 cattle had been reported missing in the region, a DAERA spokesman said: “Under the Cattle Identification (Miscellaneous Amendments) Regulations (NI) 2012 No. 416 if an animal is lost or stolen, the keeper must send written notification of this to the department within seven days of becoming aware of the fact, together with written details of what has occurred.

“Farmers must keep a register of all cattle in their herd and are encouraged to inspect their herd regularly to ensure the health and welfare of their livestock and continued compliance with identification and registration requirements.

“Keepers should report every incident of suspected theft to the PSNI as well as notifying DAERA as soon as they become aware of any missing animals.

DAERA takes all instances of missing cattle very seriously and investigate each incident individually with the relevant keeper, as well as liaising closely with our colleagues in the PSNI to investigate incidents of theft and to prevent animal theft occurring.

“Missing animals and rural crime – in particular the theft of animals – are direct threats to the livelihoods of our farmers and to the integrity of the traceability system which is vital in providing assurance on the safety, integrity and quality of our food.

“Keepers can discover missing cattle during routine management such as feeding and stock checks, or when cattle are not present as expected during events such as TB tests where the entire herd is gathered and their identities recorded.

“These figures represent an average of approximately 3,500 cattle notified to DAERA as lost or stolen annually. To put these figures in context, the cattle population in Northern Ireland last year was 1.61 million according to DAERA census figures.

“Stolen cattle will account for a proportion of these figures. There will be some animals which have strayed onto neighbouring holdings or remote fields within the holding, some may have died without the keeper being aware and some may be due to administrative inaccuracies, where cattle have been incorrectly recorded as moving in and out of herds.

“Where stray cattle reappear or an administrative error is discovered, DAERA can re-establish the presence of the cattle in the keeper’s herd, provided the correct identity of the cattle can be established.”

The number was revealed in response to a written question from UUP (UUA) Rural Affairs spokesperson Rosemary Barton MLA.

She also asked for the same figures on the number of sheep which had been stolen over the last four years.

However, the department responded to say it did not have an accurate record of this.