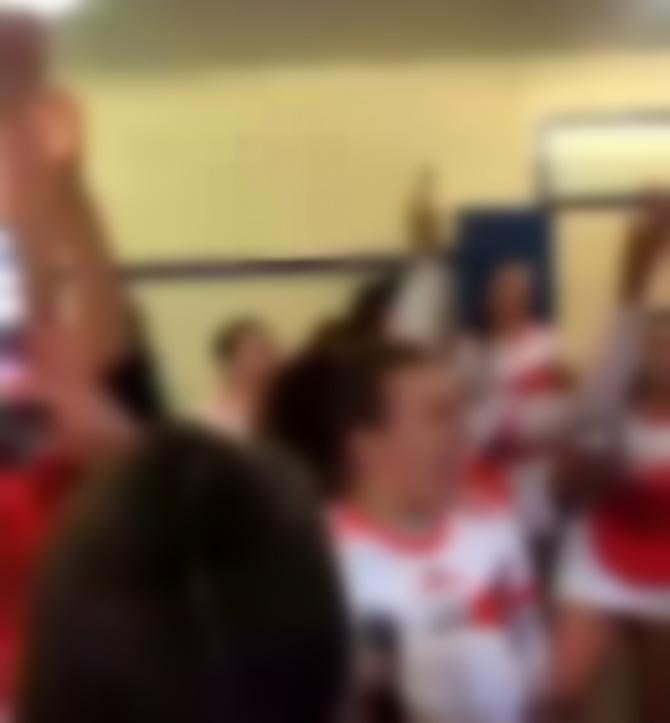 ARMAGH Camogie say that they are investigating following claims that they sang a pro-IRA song following their win at the weekend.
The video, which appears to have been taken in the changing room following Armagh's win over Cavan in the All Ireland Premier Junior Championship, appears to show a number of players shouting "Ooh ahh up the Ra".

However, in a statement to the Belfast Telegraph, a spokesperson claimed that the players were singing "up Armagh". adding that they were a "sporting body and do not identify themselves with any political association".
Tonight (Monday), Armagh camogie said in a further statement to the BBC: "An issue has arisen following our game on Saturday.
"Armagh county camogie board have met this evening and agreed we will be carrying out a full investigation in regards to this matter.
"We will be making no further comment at this time."Meanwhile, a Camogie Association spokesperson said that they "are aware of this matter and are currently investigating it and therefore will not be commenting on it at this time."
Ulster Unionist Councillor Sam Nicholson has voiced his disgust at the incident.
He said, “There is no doubt this was a great sporting achievement by the team and it deserved an evening of celebrations by the team who had just recorded an historic win in Cavan.
“However, the blatant glorification of terrorism which was broadcast across social media in the celebrations that followed sends out a very negative message to not only the Unionist community, but anyone who has been affected by IRA terrorism throughout the Troubles. It is particularly disappointing because the pro IRA chants which clearly glorify terrorism were being made by players who are so young and clearly have no thoughts or empathy for the victims of terrorism or the offence they would cause.
“The Ulster Unionist Party wishes to build a genuinely shared future which is underpinned by tolerance, respect and understanding. The sight of a young sports team celebrating the bloody deeds of the IRA after a sporting event is about as far away from tolerance, respect and understanding as it is possible to get.
Describing the scenes as "shameful" he added, "This is totally unacceptable and disgraceful behaviour and presents the GAA with yet another example of how there is something sinister within the sport that goes far beyond a mere image problem.
“I genuinely hope the GAA authorities were listening and realise the need to take decisive action. There is little point in the GAA lining up alongside the football and rugby authorities to promote sport in Northern Ireland, trying to pretend all is well. The GAA need to stamp out the glorification of terrorism within their own sport, once and for all.”
Meanwhile Upper Bann MLA Jonathan Buckley said that the alleged scenes are "another inexcusable example of IRA glorification within gaelic games".
Commenting, the DUP MLA said, "A victory in such a championship is clearly a huge achievement for any team, but it is deeply disappointing that once again we see another incident relating to Gaelic games and IRA chanting.
"Such scenes are inexcusable but they are also inexplicable as to why a group of young women, none of whom were alive during the worst years of IRA terrorism would make such chanting part and parcel of their celebrations.
"I have no doubt that many fans of gaelic games are appalled by such behaviour. However, the complete absence of any meaningful action by the GAA to previous incidents involving gaelic football teams could lead people to believe that the glorification of terrorism is endemic within parts of the organisation."
He added, "Across gaelic games there firstly needs to accept there is a problem and then demonstrate a willingness to take meaningful action. A continued failure to do so will continue to overshadow these sports in the minds of many people from all backgrounds in Northern Ireland."