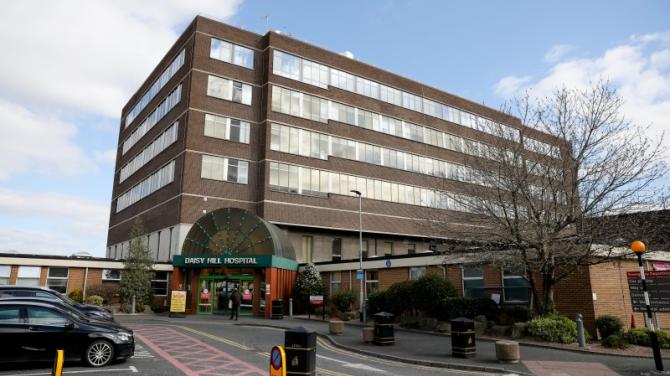 A WHISTLE-blowing nurse at Newry’s Daisy Hill Hospital has criticised GPs – and, in particular, out-of-hours doctors - for the way in which they are treating fellow NHS workers.

The nurse, who wishes to remain anonymous, told this newspaper, “They appear to be sending pretty much all their patients to Daisy Hill A&E – and by ambulance.”

Alleging that some GPs seem to be simply shipping patients down the line for Daisy Hill A&E staff to deal with, the nurse added, “This is putting massive pressure on an already fragile system. They [doctors] need to start seeing patients again.”

The whistle-blower also was critical of the Southern Health and Social Care Trust’s handling of the matter, saying, “They were supposed to launch a campaign asking people not to come to A&E unless it was important.

“As well as that, we were supposed to get graphics [from them] for the hospital and Trust social media pages. As yet that hasn’t happened.

“And apparently they were to have put a lot of this material into GPs’ surgeries, but there has been no sign of that, either.

“I’m sure there is data via out-of-hours regarding how many referrals they have made to A&E and we’d be very interested in seeing those,” the nurse said.

Responding to those concerns, the Southern Health and Social Care Trust confirmed it is introducing a new ‘phone first’ format.

A statement from the Trust read: “As we move into the winter and this second wave of the global pandemic, reducing waiting times and overcrowding in our Emergency Departments remains a priority.

“The Trust is introducing a new ‘Phone First’ approach to help those patients fit to ‘walk in’ to the Emergency Department get the most appropriate care as quickly as possible and avoid busy waiting rooms.

“The Department of Health recently published its COVID-19 Urgent and Emergency Care Action Plan – ‘No More Silos’ - to ensure that urgent and emergency care services across primary and secondary care can be maintained and improved in an environment that is safe for patients and staff.”

The communiqué did not make any reference to the number of GP referrals, the percentage of patients sent to Daisy Hill A&E Department by out-of-hours doctors or the percentage of those which resulted in the deployment of an ambulance.

After reading the Trust’s statement, the concerned Daisy Hill nurse’s response was, “We are very worried about the ‘phone first’ scheme going live on Monday as one of the pathways is a referral to your GP - and we all know that’s going to end with the doctor telling his or her patient, ‘I’ll get you an ambulance’.

“So this is going to be a disaster,” the nurse predicted. “It won’t stop people coming to A&E because the GPs and out-of-hours will get the patients in some way or other by ambulance. We’re facing a complete disaster.

“The bottom line is that management don’t seem to care about our concerns.”