Finance department has gone 'over and beyond' during pandemic - Murphy 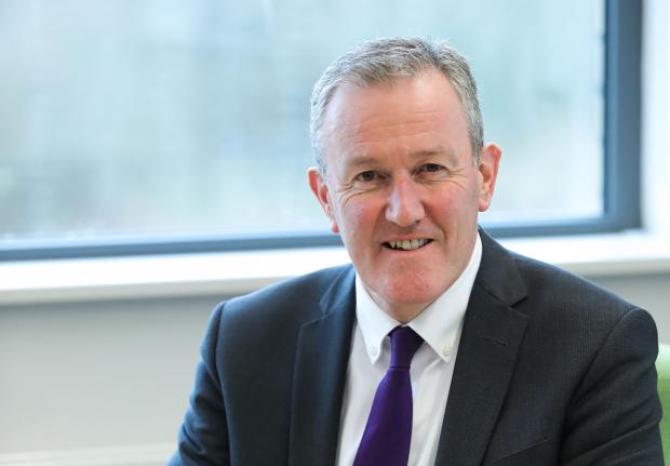 THE Department of Finance says it has "gone over and beyond its remit to support people during the Covid pandemic".

The statement was made as part of a reflection by Finance Minister, Conor Murphy, on his first 12 months in office.

The Newry and Armagh MLA said, "Within weeks of coming into office my Department had to respond to the Covid health emergency and its devastating social and economic consequences. An additional £3bn was secured to bolster the Health service, protect vulnerable people, and support businesses.

"The normal remit of the Department of Finance is to provide funding to other Departments to deliver schemes. However my Department went over and beyond its remit to help deliver support. Land & Property Services (LPS) repurposed itself and took on an additional role to help deliver the 10k grants to nearly 25,000 small businesses. LPS also acquired new powers to deliver the Localised Restrictions Support Scheme for businesses forced to close. This is a very complex payment scheme and although some of the payments have been slower than I would have wished, £113m has so far been paid out to over 10,000 businesses.  We also provided support to our airports which will be essential in our recovery. Construction & Procurement Delivery (CPD) worked closely with other Departments to secure a £60m PPE order from China in what was a very competitive international market."

Mr Murphy also spoke of what his department had done in terms of rates, marriage equality and the work done by the RHI Inquiry.

"As well as an 18% reduction in business rates all companies were provided with a four month rates holiday," Mr Murphy continued.

"I’m proud of my Department’s role in implementing marriage equality. Legislation now enables same-sex couples to marry and to convert their Civil Partnerships to a marriage. We also ensured people who were terminally ill could get married during Covid and we provided support to the hospices who continue to do the most amazing work.

"The RHI Inquiry set up by my Department reported this year. A sub-committee of the Executive has been established to take forward its recommendations. Transparency, governance and accountability arrangements for Special Advisers and Ministers have been strengthened. My Department has also published details of Ministers’ and special advisers’ gifts, hospitality and meetings and special advisers declarations of interests."