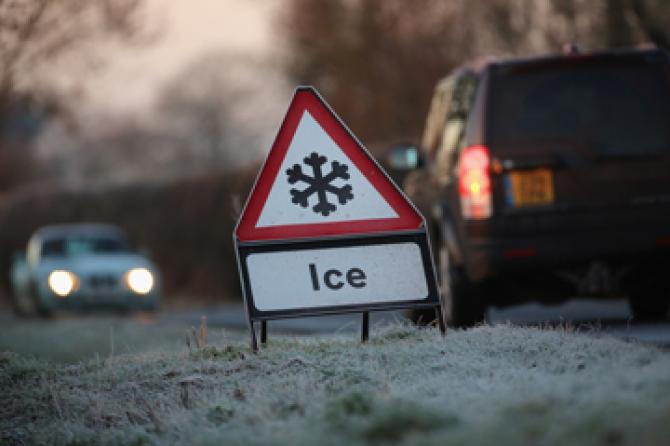 A COUNCILLOR has called on Armagh City, Banbridge and Craigavon Borough Council to produce a report outlining its responsibilities with regards to the gritting of roads and footpaths.

Speaking at a meeting of the council’s Leisure and Community Services committee, Cllr Keith Haughian raised the issue following a number of queries from concerned residents.

“Over the past week or so I have been contacted by a number of constituents about the gritting process in the area,” said Cllr Haughian.

“I am concious that this issue straddles two departments, both leisure and community service and environmental services but I would like to see a report brought back to give members an idea of what Council’s responsibilities are in terms of gritting.

“I would like to know exactly what we do and identify which paths and road we are responsible for and identify those that are the responsibility of the Department for Infrastructure.

“I am not seeking a debate on the matter tonight, I would just like that report brought back for information at present.”

The Chair of the committee, Cllr Catherine Nelson confirmed the matter does span two departments but said issue would be raised with Council’s head of Environmental Services, Barry Patience, as well.

Alderman Stephen Moutray said he would support Cllr Haughian’s call for this report to be produced.

“I also had residents contacting me about this situation at the weekend,” said Alderman Moutray.

“Sometimes the expectations are not always realistic so it will be good to have clarity on this issue.”

New SDLP councillor Grainne O’Neill said she was in agreement with what had been said by both Councillor Haughian and Alderman Moutray and sought to ensure the report would focus on the entire borough.

“I have also been asked a few questions about this issue in Armagh, around the Mall and the Palace,” said Cllr O’Neill.

“Can we make sure those areas are looked at in this report as well.”