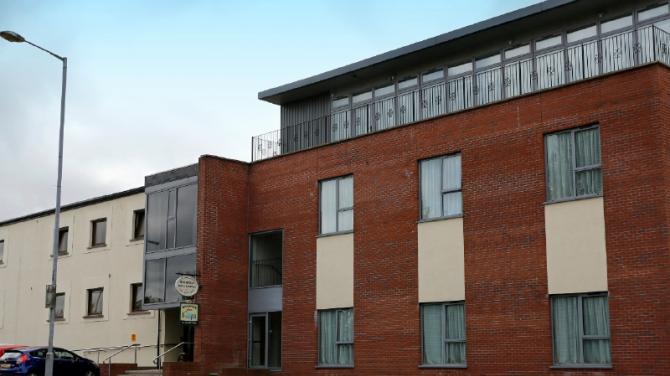 THE proprietor of a popular County Armagh bed and breakfast business has told the Gazette that but for long-stay residents, she doesn’t know how she could have kept going through 2020.

Bannview B&B, on the corner of Portadown’s Portmore Street, has long been a thriving concern built up by Mrs Joan Black and her now sadly deceased husband, Gerald, who was one of the town’s best known characters and a man noted for his uncanny ability to anticipate change and adapt accordingly, thereby ensuring that he remained abreast of society’s social evolution. But even he, for all his considerable business acumen, could never have envisaged what we have seen in the year now ending.

In May 2020, by which stage the country was still coming to terms with the country’s first coronavirus-enforced lockdown, Joan maintained the Bannview tradition of daring to lead from the front by opening four self-catering studio apartments.

Her courage and foresight have proved to be the difference between success and failure, for pretty much since adding those facilities to the Bannview portfolio, all four have been occupied by the same quartet of ‘key workers’ who only left for England last Monday night to spend Christmas with their families.

In other words, that amounts to six months of permanent room occupation, plus the knowledge that those men will be returning to resume occupancy in the New Year.

“Repeat business is all-important,” the Bannview proprietor said. “The main man in charge of that group who have been using our studio apartments has been coming here for four years on and off.

“I’m not quite sure what exactly their work entails, but I think it has something to do with the installation of gas across the country. Whatever it is they do, I can tell you that they’re hard workers for they’re up at six in the morning and away to wherever they’re going. One day they’d be in Augher, the next they’d be out in Derryhale.

“So the studios suit them perfectly because they want the freedom to be able to cater for themselves and with the apartments being self-catering they are able to do that,” she explained.

But due to Covid-19, Bannview’s other 23 rooms have not been anything like as busy. Joan is philosophical about that, however. In her own words, “It’s just one of those things; there’s nothing we can do other than just get on with it as best we can.

“I’m luckier than a whole lot of others, I suppose, as I have that self-catering facility, because with restaurants having had to close, catering wasn’t an option for a lot of people in 2020.

“Business and work are hard at the minute,” she admitted. “because a lot of firms just aren’t able to invest in new ideas. They don’t know what to expect or how things are likely to go, so they aren’t willing to take chances and you can’t blame gthem for that.

“All of these things tie in together; they’re all combined. A number of different thing are all hitting us at the same time and that’s making life difficult for a whole variety of reasons.”

Bannview closes for Christmas, having done so for a number of years. The last remaining resident – a doctor from Greece – was scheduled to leave for home on Christmas Eve.

“I hope, in the current circumstances, that he’s able to get away,” she said. “And if he isn’t, he’ll be looked after. He’s another long-termer, so we won’t see him stuck.”

Inevitably there will be a call or two from somebody hoping to find B&B accommodation. Joan explained, “We still get the occasional enquiry from somebody looking for a room during the Christmas period, but we took the decision years ago to close at this time of year. The few days between Christmas and the New Year were the only holiday Gerald and I got, so we used to go to the Canaries just to get away for a short break.”

As for what comes next, Joan said, “Every day you just hope and pray that coronavirus stays away from your door. But people have to take responsibility for their own actions, too, rather than blaming the Government for everything.

“I watched the news the other night and the number of people in London – the worst affected area in the country – who weren’t wearing masks in what looked like quite a crowded area was just ridiculous. A lot of people seem to think they can do what they like - and that sort of selfishness isn’t helping anybody.

“Businesses have spent a lot of money – at a time when they’re getting very little, or none, back in – to make their premises safe in line with the various rules and regulations. So I feel particularly sorry for retailers and hairdressers and all those in hospitality who, after doing all of that, aren’t able to make a penny.

“All I can hope and pray is that 2021 turns out to be better than 2020 has been, that people start behaving a bit more sensibly and that these vaccines work in starting to halt the spread of this awful virus.”