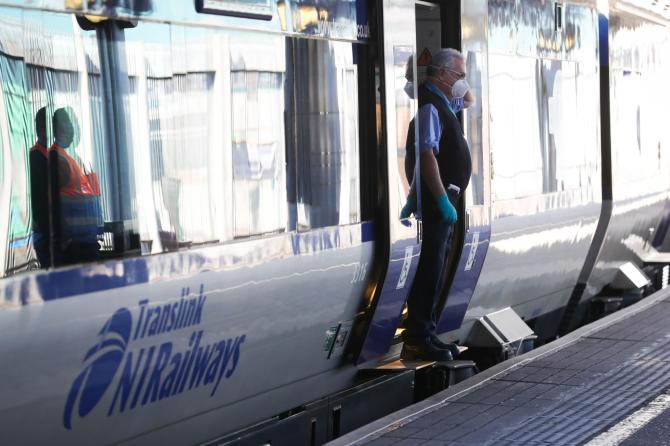 THE possibility of a railway link between Armagh and Portadown has inched closer following a ‘positive’ meeting between officials from the Department of Infrastructure and Armagh City, Banbridge and Craigavon Borough Council.

The Armagh City to Portadown railway line has been closed since 1957.

Council has already undertaken a scoping study to formulate the concept of what a rail service between the two locations would look like and identify realistic parameters for the preparation of a feasibility study.

It recommends that any future feasibility study should consider the extension of existing rail services from Portadown through Armagh City and assume a passenger only service.

It is estimated the feasibility study could exceed £100,000 in costs while the capital cost associated with the infrastructure project is likely to exceed £100 million.

“We had a very positive discussion with the Department on Friday, January 29,” said Ms Murtagh.

“We have a follow up meeting organised for Wednesday, February 10 with Translink to discuss the next stages.

“We will also be seeking a meeting of our working group to discuss the procurement exercise and technical elements for linking in with the Department’s Regional Transport Network plans.”

Following this comment, Alderman Jim Speers asked if it would be possible to press ahead and secure a meeting of the working group “quickly” following the meeting with Translink.

Ms Murtagh confirmed the meeting would take place “as soon as possible”.