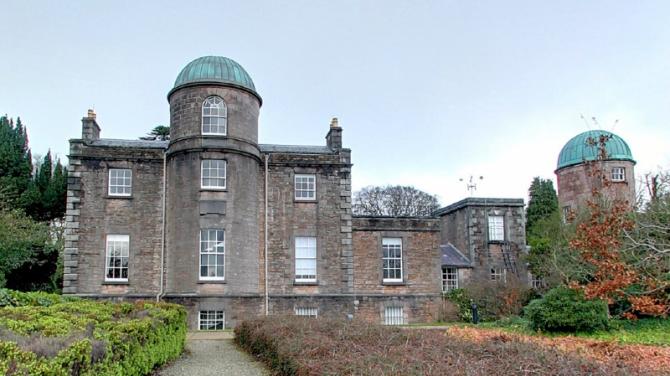 ARMAGH City Townscape Heritage are set to virtually present the architectural delights of the ancient cathedral city with a series of online talks uncovering the history and beautiful built heritage of the area.

Leading experts will present three online talks delivered via Zoom which will be sure to inspire and appeal to those with an interest in local history and architecture alike.

On Wednesday, February 24 from 7:30 – 8:15pm, Dr John Butler, former Emeritus Research Fellow at Armagh Observatory, will give a presentation on the building of Armagh Observatory, the background to the site selection; the 1790-1793 buildings; the 19th century additions; and the outlying meridian marks.

'If the buildings of Armagh could talk they'd tell of the famous writers, poets, musicians, and scientists they knew' is the intriguing title of a talk delivered by Eric Villers on Wednesday, March 1 from 7.30–8.15pm. Eric is a freelance journalist, history researcher and author whose work has appeared in newspapers, magazines and periodicals including The Irish Times.

The series concludes on Wednesday, March 24 from 7:30 – 8:15pm when Marcus Patton will deliver a talk on how Armagh City came to have the built Georgian architecture and its influences. Marcus is a retired architect and an illustrator, cartoonist, historian and volunteer with Hearth Historic Buildings Trust.

These talks, which are offered free of charge, form part of Armagh City Townscape heritage which is an Armagh City, Banbridge and Craigavon Borough Council and Heritage Lottery funded programme.

The scheme has two parts delivered in parallel: capital and restoration works to a number of buildings in Armagh City and delivery of an education and activity programme.

If you are interested in signing up for these talks or for further information please email ciara.macneice@armaghbanbridgecraigavon.gov.uk