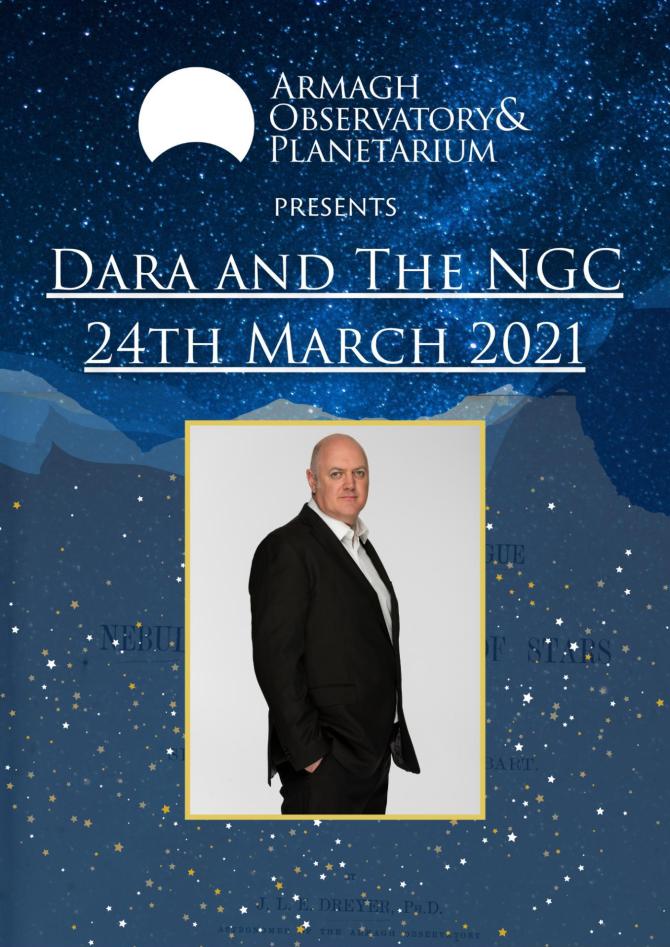 Dara O’Briain is taking part in a special webinar which is free for people to watch.

But if you want to book your place for this free online event then you will need to be quick as tickets are going fast. AOP initially released 200 tickets which were snapped up on the day of release (Monday March 15). A further 100 were issued and those were quickly claimed as well.

However, AOP has confirmed a final set of 100 tickets will be available from 1pm on Thursday March 18.

The event will explore the New General Catalogue of Nebulae and Clusters of Stars (NGC). This is an astronomical catalogue of deep-sky objects compiled by John Louis Emil Dreyer in 1888. The NGC contains 7,840 objects, including galaxies, star clusters, emission nebulae and absorption nebulae.

Joining Dara, on March 24 at 7pm on Zoom, will be Professor Michael Burton, Director of AOP and Heather Alexander, Senior Education Officer, as they explore the lesser-known history of the catalogue used by astronomers the world over before diving into some of the famous NGC numbers.

From Nebulae containing massive stars to galaxies discovered by a ‘monstrous’ telescope in Co. Offaly, Dara O’Briain and his AOP counterparts will explain it all.

The audience will also get the opportunity to ask some astronomical questions.

Best known as a comedian and television presenter, Dara is also a keen amateur astronomer and has presented Stargazing Live with Professor Brian Cox.

A former maths and theoretical physics student at University College, Dublin, Dara has also written three children’s book on space and science, Beyond the Sky: You and the Universe, Is There Anybody Out There and Secret Science: The Amazing World Beyond Your Eyes.

Tickets, for this event are free, with an optional donation to support the Armagh Observatory and Planetarium PhD programme. To book your place visit, https://armaghobservatoryplanetarium.ticketsolve.com/shows

AOP remains closed but to keep up-to-date with everything that is going on there visit www.armagh.space or follow Armagh Observatory and Planetarium on Facebook.