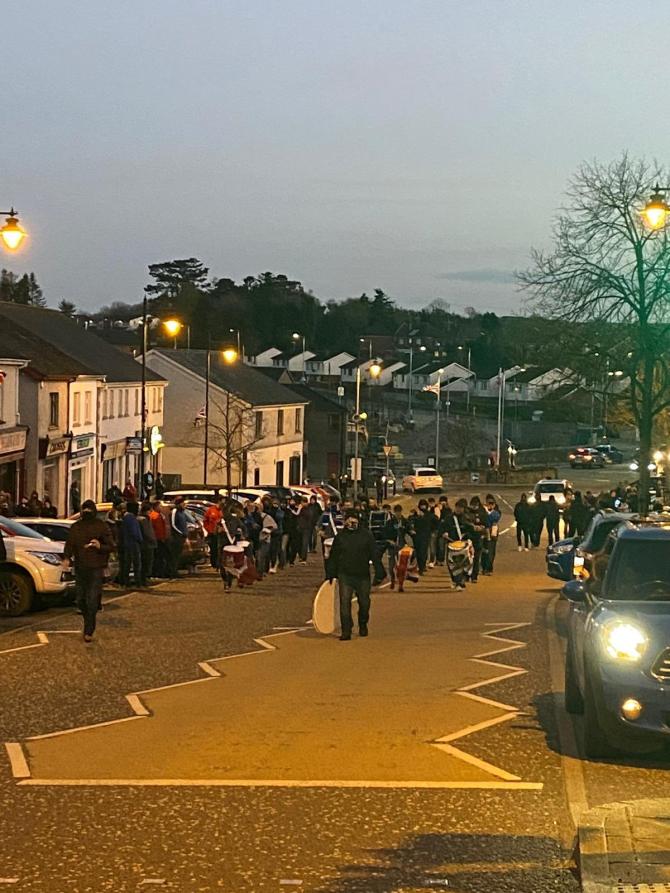 THE Markethill District of the Orange Order has said it is concerned by the “growing resentment and anger” within the broad Unionist community following the implementation of the Northern Ireland Protocol and the fall-out from the Bobby Storey funeral.

In a statement issued this afternoon, which it said was endorsed and supported by the County Armagh Grand Orange Lodge, Markethill District LOL No. 10 said: “The failure of the Public Prosecution Services to lay charges arising out of the mass breaches of the COVID-19 regulations in place at the time, and the subsequent disclosure of PSNI involvement in the pre-planning of what was little more than a republican propaganda exercise, has created the clear impression that, to all intents and purposes, republicans are effectively untouchable when it comes to such events.

“No one within the Unionist community believes that such 'generosity of spirit' would be extended to it or any individual or organisation within it.

“What is even more concerning is the complete disregard with which those both within the NIO and the Westminster political establishment continue to treat the legitimate concerns of our people around these issues. That arrogance and distain has clearly exacerbated an overall political situation which continues to deteriorate rapidly.

“However, Markethill District recognizes that there are no quick or easy solutions to the difficulties facing the Unionist community which have been many years in the making. It is incumbent upon those who claim to represent us to devise - and put in place - a cohesive and comprehensive political, social and educational strategy which will take unionism forward over the next generation and more. It is their duty to do so.”

The District also appealed to young people to “employ their energies and talents in a constructive and positive manner both to strengthen our community and build for the future”.

It added, “In that respect, the Orange Institution, and Markethill District as one of its constituent parts, stands ready to provide them with the vehicle to do so. That is why we have existed since 1795.”