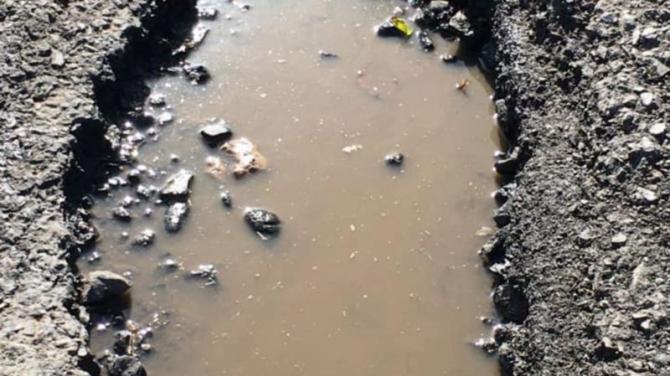 TRANSPORT NI have been urged to overhaul their policy on road repairs by a local councillor.

In recent weeks the Ulster Gazette has been contacted by a number of members of the public over the state of the roads in Armagh.

Earlier this month we reported how between January 1 and March 11 of this year 4,140 road defects were reported in the Armagh, Banbridge and Craigavon area – more than any other council area in Northern Ireland.

According to Armagh City councillor, Sam Nicholson the current policy is not working our local roads, and that is leading to roads falling into further decline.

“That's evident by the number of complaints I receive daily on the matter,” he said.

“The current state of our roads indicates to me two things: more funding and resources is needed and the current policy for roads repairs needs reviewed and changed for the better.”

Cllr Nicholson says that he has been reporting and lobbying a number of roads in need of repair throughout the Armagh City area which he represents and beyond.

However, he says that many of these roads do not meet the Transport NI policy for rural roads repairs.

“While I accept that there has been much work going on in and around the borough to repair potholes, resurfacing and surface dressing to much of our road network, it should not be used to conceal the fact that this essential maintenance work just has been simply not prioritised by the department,” he continued.

“It seems the policy insists that routine inspection schedules should be kept to, therefore not being proactive to the sudden changes which can occur on our roads.

“Potholes or roads sinking can occur due to weather conditions can result in months of delays before being reported and it also can mean more hazards for motorists as they attempt to avoid the potholes so not to damage their vehicles.

“The policy also states that the potholes need to be 50mm deep before they meet the criteria for repair. However, the same pothole might not have a routine inspection for six months. During that time it could become bigger and deeper, potentially causing damage to vehicles resulting in a compensation claim for damage to be paid out by the Department.”

The councillor added that between 2016 and 2020 the Department for Infrastructure paid out over £2million to over 8,000 motorists who damaged their vehicles because of potholes and other defects.

He called on Infrastructure Minister, Nichola Mallon, to “review and overhaul” the current policy

“Surely this is very poor governance by this Department and requires urgent action to be taken by the Minister,” said Cllr Nicholson.

“The Minister needs to review and overhaul this policy because it just not working for our rural roads. I have continually challenged this policy and I intend to write to the Minister on the matter because something needs to be done which allow these much-needed basic repairs to take place.

“The Minister needs to step up to the reality of what is actually going on all around Northern Ireland when it comes to the current state of our roads.

“The first course of action the Minister must take is change the current policy and design a policy which will actually deal with the reality our roads are facing, which is terminal decline and a lack of investment.”

The Department of Infrastructure were contacted for a response.