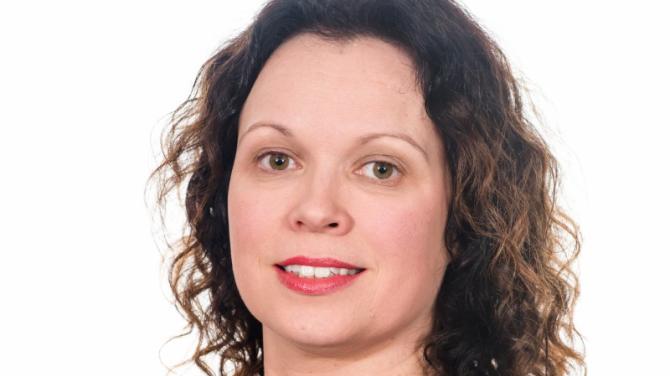 FRESH calls have been for a greenway to be put in place along the length of any future reinstated rail link between Armagh and Portadown.

With the recovery post-pandemic very much in mind, local Alliance Party representative Jackie Coade believes that this would not only enhance opportunities for people but improve the active travel experienced in the area.

Ms Coade, recently selected as Alliance’s representative for Newry and Armagh, said there was a growing local desire for the rail link, which was closed in the mid-1960s, to be reopened.

She said it could fit into a return from the Covid-19 pandemic and be “part of a chance for change for our society”.

Added Ms Coade: “Armagh is a beautiful city, which many people in Northern Ireland and further afield seek to visit.

“If we bring more tourists to it, it will help our economy, create employment opportunities for local people and further showcase our historical location.

“Therefore we need it to be as accessible as possible and the reinstating of the rail link between Armagh and Portadown would help give some of the modern, flexible infrastructure needed.

“The rail track between the two areas remains virtually untouched from when it was closed, which would make reinstating it a much easier job than starting from scratch.

“As we seek to rebuild from the pandemic, it is vital we do not return to the same approach we had before. Improving our infrastructure, both locally and across Northern Ireland, would be a major step towards doing that.

“This rail link, as well as bringing better connectivity to Newry and Belfast, would allow more independence for those reliant on public transport and have the environmental benefits of fewer cars being on the road.

“That would be further increased by the creation of a greenway alongside the track to offset emissions.”

It was last November that Armagh City, Banbridge and Craigavon Borough Council’s economic development committee agreed to share the findings of a scoping study on the viability of a railway line connecting Armagh and Portadown with the Department for Infrastructure.

And the Infrastructure Minister Nichola Mallon pledged full support for the study, which was being funded by her department.

Shortly before Christmas last year, she made clear her position in wishing to see the link in place.

She did so in response to the Alliance Party’s North Down Assemblyman Andrew Muir who had tabled a question seeking a progress report.

“I believe that rail has huge untapped potential to deliver multiple benefits across our island,” Minister Mallon responded.

“A feasibility study for the Portadown to Armagh rail project would be a follow-on to the scoping study commissioned by Armagh City, Banbridge and Craigavon Borough Council.

“Recognising how this project can fit with my priorities, I have committed to providing funding - in partnership with the council - for the feasibility study.

“The intention is that council will procure and manage the development of their feasibility study.”

Ms Coade believes that the fresh opportunities and momentum which have built around the potential for a linking rail line should be firmly grasped with the greenway element something which must also be looked at.

She added: “My colleagues, including Councillor Peter Lavery and Andrew Muir MLA, have also been advocating on this issue, and with the Department for Infrastructure financing a feasibility study into the matter - along with support from Armagh City, Banbridge and Craigavon Borough Council - the local desire to have a reinstated rail link is one step closer.”