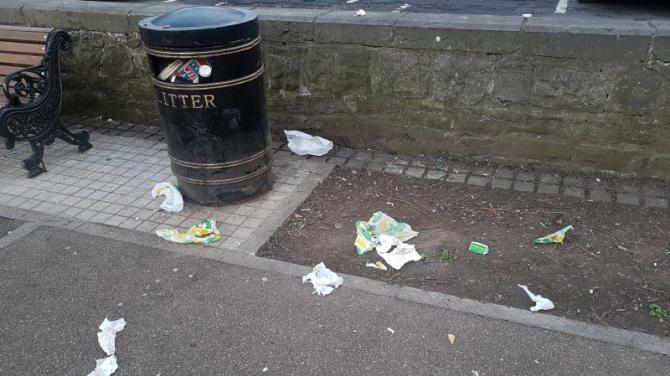 AN Armagh councillor has called for Armagh City, Banbridge and Craigavon Borough Council officers to review the size and number of bins available to the public in the council’s open spaces.

Speaking at April’s monthly meeting of council, Councillor Sam Nicholson said the issue of litter overflowing from bins had been raised with him by several constituents.

Explaining that he was not a member of the environment services committee, Councillor Nicholson took the opportunity to raise the issue during a discussion of that committee’s minutes.

“A few people have contacted me over the last number of weeks to discuss the problems with litter in our parks and open spaces,” said Councillor Nicholson.

“Our open spaces are very busy at the minute and the bins on these sites are often overflowing.

“I know there is only a finite amount of resources within council to carry out the work but has a review of the bin provision in our open spaces been considered?

“I think our open spaces will only get busier over the next few months and providing larger capacity litter bins and emptying more frequently might be for the best.”

He continued: “At present our bins are overflowing and this results in litter blowing out of them all over the place.

“I would like an officer to take this request away and have a good look at it and make sure the bins in our parks and open spaces are in the right place and are the right size.”

The Lord Mayor, Councillor Kevin Savage, confirmed an officer would look into this and bring their findings to the attention of the environmental services committee.