Start ups popping up across borough thanks to scheme 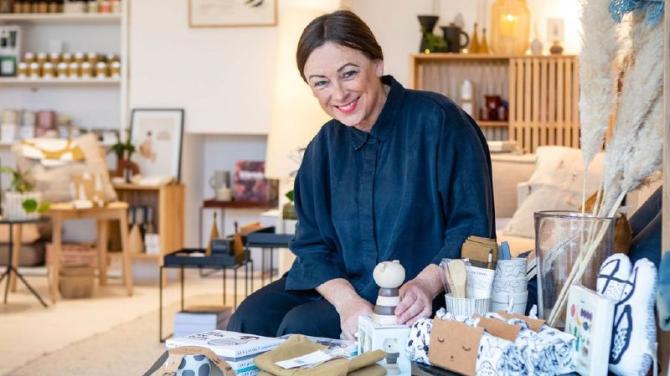 START Up Loans, part of the British Business Bank, has launched its ‘UK Unlocked’ campaign aimed at encouraging young people in Northern Ireland who perhaps find themselves unemployed as a result of the pandemic to tap into their entrepreneurial potential and start their own business.

The Start Up Loans scheme is open to all ages but is particularly effective in enabling young entrepreneurs to become their own boss, with millennials representing more than half (54%) of all previously unemployed loan recipients since 2012.

The disruptive impact of Coronavirus on the UK’s economy and traditional working patterns has catalysed many to reconsider their careers, whether because of additional time to reflect during lockdown, furlough or a change in employment status.

Since 2012, Start Up Loans has delivered over 387 loans to unemployed people in Northern Ireland, worth over £2.1m. Since 2012, 30% of people to have received Government-backed funding in the region were unemployed.

Of the 80,000+ Start Up Loans recipients across the UK since 2012, a third (31%) were unemployed at the time of application. Start Up Loans data also indicates that the scheme is particularly effective in enabling young entrepreneurs to start up a business, with millennials representing more than half (54%) of all previously unemployed loan recipients since 2012.

The Start Up Loans scheme has also seen this trend continue with the youngest generation of entrepreneurs, with double the number of Gen Z (18-24 year old) applicants using the scheme as a route out of unemployment in 2020 compared to 2019.

The Start Up Loans scheme was initially set up as the UK economy was recovering from the 2008 credit crisis, with a mission to make business ownership a viable career for individuals who would struggle to raise finance. Building on a nine-year track record of success, the scheme is set to play a vital role as our economy starts to rebuild after the impact of Covid-19, providing both funding and wider support for people starting up their own business for the first time.

Richard Bearman, Managing Director, Start Up Loans said: “Start Up Loans is uniquely positioned to drive the nation’s investment in creative, entrepreneurial talent of any age, thanks to our extensive network of delivery partners and support services.

“As well as a loan, we support individuals with the practical steps they need to take to begin their own enterprise from writing business plans, accounting and marketing, as well as access to learning with partners such as The Open University.

“It is paramount that we do everything to empower the next generation of young working talent, who have an important part to play in unlocking the UK’s economic recovery, by giving them every chance to succeed, whatever their circumstances.

“Unemployment can have a catastrophic impact on an individual’s financial security, self-confidence and ability to apply for finance from lenders, and the support provided by Start Up Loans can be of particular use to younger, less experienced business owners.”

The Start Up Loans programme provides finance and support for businesses and aspiring entrepreneurs who struggle to access other forms of finance, working with a national network of Delivery Partners based across England, Wales, Scotland and Northern Ireland.