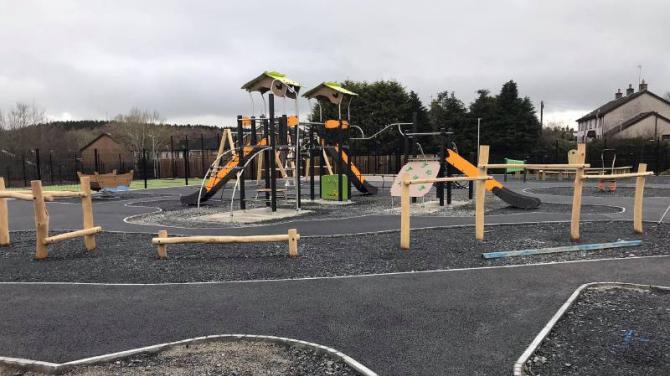 INCIDENTS of anti-social behaviour across the Armagh and Cusher areas have increased by almost a third with police having pinpointed ‘hot-spots’ for action.

Details and the latest statistics – covering as far as the end of March - were shared during a community engagement meeting on Wednesday.

And those participating in the online forum also heard of the efforts of others, including the Policing and Community Safety Partnership and Education Authority, in working together to try and tackle these issues.

Sergeant Kelly Moffett, who is attached to Armagh, had revealed a welcome decrease in overall crime and, in particular, burglaries, with the pandemic given as one of the factors police believed to have had an effect.

But she added: “Anti-social behaviour on the other hand is up 29 per cent. Again I do think this is potentially Covid-related.

Sgt Moffett is of the opinion that the increase in Covid calls has affected that figure.

“Anti-social behaviour is an area of concern for us and we are working in numerous areas to address these issues,” she said.

“So all in all our figures are down bar anti-social behaviour which is slightly elevated.

“Coming into the summer months and better weather we do expect that figure to go up. This, for ourselves, is not surprising, however, it is something that we’re still tackling.”

Across the Armagh and Cusher areas several parts have emerged as problematic and are “areas of concern” for officers.

Sgt Moffett added: “I had a meeting just two weeks ago in relation to Keady and Keady Glen. Tandragee is obviously still a concern for us. Markethill and Callanbridge. They are all areas that are of particular concern which have high levels of young people in the area, alcohol, and some disruption to the local residents.

“It is something that we’re working with our partners to address and will continue to do so.”

Sgt Moffett said police rely on the help of the local community to ensure matters are reported so police can justify “putting resources in the area and working with the young people to address the issues”.

This was something which was echoed by Inspector Kieran Quinn, who described the rise in incidents of anti-social behaviour as “concerning”.

He said police realised that it was a “quality of life” issue in local communities and one which caused concern and fear.

Urging the public to “ring in crime timely” to police, Inspector Quinn offered assurances: “When it is reported we can put resources towards that.”

The rise in anti-social behaviour was not lost on Ulster Unionist Councillor Sam Nicholson and he insisted it was not confined to the areas outlined.

Indeed, he asked that police would “add another ‘hot-spot’ to the list”, as he highlighted issues in the area of Edenaveys, on the outskirts of Armagh.

He accepted that the growth in anti-social behaviour could in part be attributed to issues with young people at home during the Covid pandemic.

But as a deterrent he asked for police to “take a wee look at Edenaveys once in a while”, insisting that police “need to be visual” when out and about.

“There has been a number of issues in different play parks around the borough and again it’s just something to keep your eye on,” he added.

Sgt Moffett said police were aware of issues in Markethill and will pay particular attention to play parks, as she promised they would “try our best to get around as many as we can”.

Aileen O’Callaghan, a senior youth worker with the Education Authority, outlined ongoing efforts in working with young people in the locality.

She said she had been involved recently in meetings in Keady with regards to anti-social behaviour.

And she told how Adrian Hutchinson had recently been appointed as the area youth worker, who would be based in the Epic Centre in Armagh but cover Tandragee and Markethill too.

Ms O’Callaghan said she would be “keen to link up with” police, adding: “Adrian has started to engage with young people out in Tandragee but we’ll be progressing that over the next number of weeks.”

She also revealed plans for a youth ‘summer’ camp which, due to Covid, was now delayed and expected to take place at Hallowe’en.

Ms O’Callaghan said they were “keen to involve young people from right across the area in that camp”.

She explained too that the Epic Centre in Armagh would be open for seven weeks across the summer period to make sure that there is full youth provision available and for “reconnecting and re-engaging” with young people coming out of Covid.

Inspector Quinn acknowledged the work being done by the Education Authority with young people, which should have a positive impact in terms of anti-social behaviour, and said police were “very grateful for the support and engagement”.