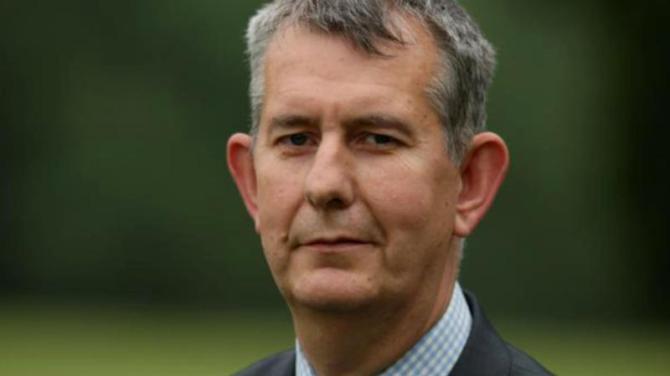 LOCAL DUP representatives have been congratulating Edwin Poots on his election as leader of the Party.

Newry & Armagh DUP Assemblyman William Irwin MLA said he “wished Edwin every success and blessing as he takes on this highly important role both within the Party and as the leader of Unionism in Northern Ireland”.

He added, “As he has said himself, he wants to take forward a number of initiatives within the party which I fully welcome and he has my full support in this important work.

“In terms of Unionism generally, Edwin is a man of significant pedigree in terms of political activism over many decades and indeed he follows in his father’s footsteps in this regard devoting much time to politics and assisting others.

“I know he has Northern Ireland and the wellbeing of its citizens closely at heart and that will stand him in good stead as he prepares to move forward in this new role.

“It is vital that the foundations for the next 100 years of Northern Ireland within the great Union are laid firmly in this centenary year and I look forward to the work and initiatives ahead.”

Ms Lockhart tweeted: “Congratulations to @edwinpootsmla & Paula Bradley on their election as leader and deputy leader designate. To Sir Jeffrey and Gregory my condolences.

“Now is the time for us all to unite, re-engage and listen to our constituents and build on our position within the Union.”

Speaking after the vote, the newly elected DUP leader said he wanted to see 'unionism working together.'

“I am looking forward to a positive relationship right across Northern Ireland and with my party colleagues and indeed with people from other parties,” he said in his victory speech.

“The opportunities for us to make Northern Ireland a great place after this hundred years has passed and we move into a new hundred years are immense.”